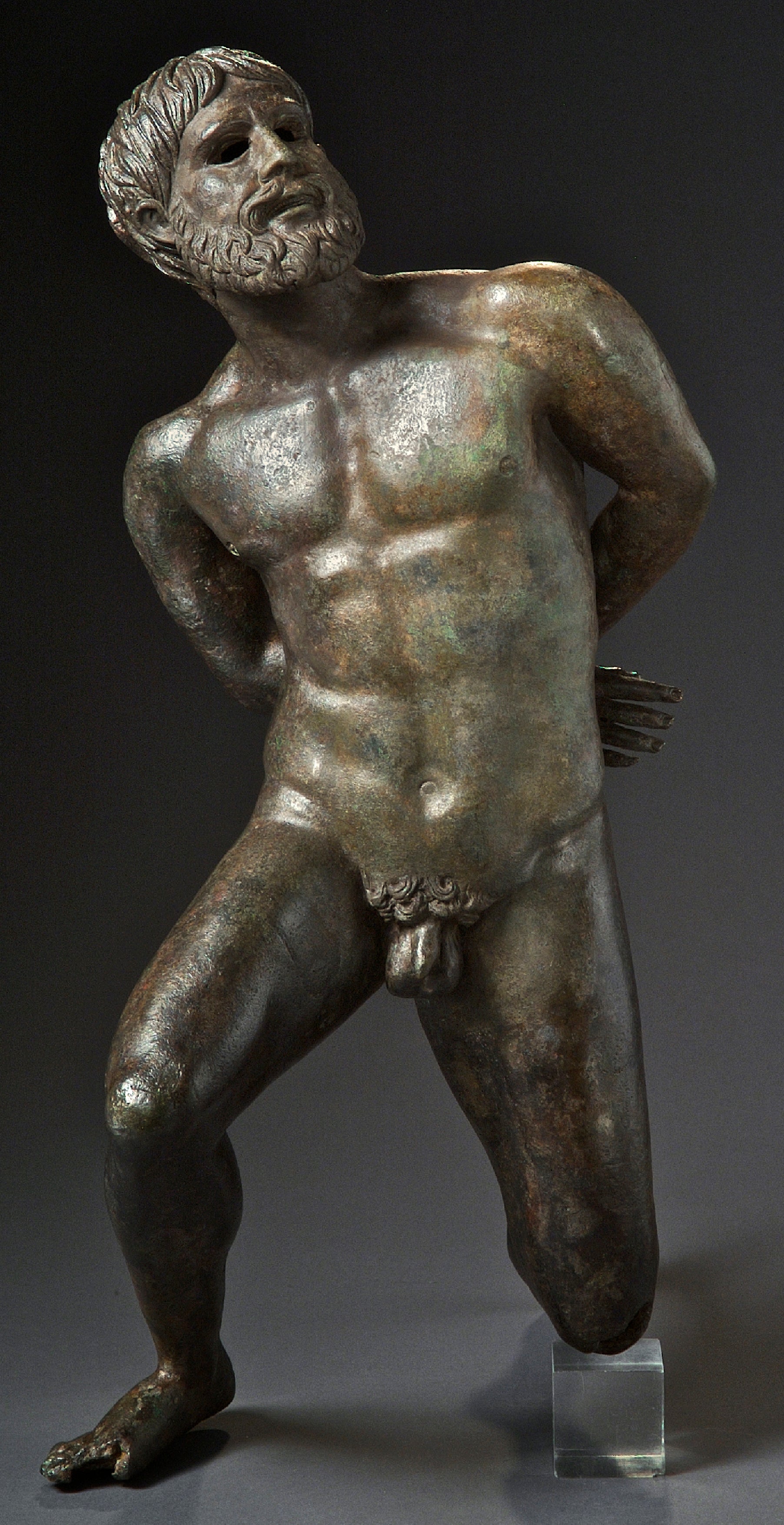 This image made available on Monday Feb. 4, 2019 by Musee Departemental Arles Antique shows a bronze “Statue of a captive” dating from the first century B.C.. A Geneva art museum said on Monday, Feb. 4, 2019, that Facebook had prohibited it from promoting an upcoming exhibit entitled “Caesar and the Rhone” on the social media platform with an image of the statue, citing concerns about nudity. (Musee Departemental Arles Antique via AP)

GENEVA — A Geneva art museum says Facebook prohibited it from promoting an upcoming exhibit with images of two statues — a half-naked Venus and a nude, kneeling man.

The Museum of Art and History took to Twitter to say it had wanted to post pictures of the statues on Facebook to promote the “Caesar and the Rhone” exhibit that opens Friday, but the social media platform “prevented us from it, because of their nudity.”

The museum instead put the images on Twitter on Friday with the French word for “censored” over the statues’ presumably private parts, adding: “Maybe it’s time that this platform changes its policy for museums and cultural institutions?”

The museum’s 3½ -month exhibit pulls together works from the Louvre Museum in Paris, an antiquities museum in Arles, France, and other institutions to convey Caesar’s invasion of the Rhone River region running through Geneva and southeast France to the Mediterranean.

The marble statue of “Venus of Arles” was made in the first century and depicts the goddess posed with one arm outstretched and a robe draped around her waist. The first-century B.C. bronze of a bearded captive shows him with his hands seemingly bound behind his back, symbolizing Rome’s triumph over Gallic tribes.

Museum of Art and History spokeswoman Sylvie Treglia-Detraz said a first attempt to post the images drew a Facebook response: “We don’t allow ads that depict nudity, even if it isn’t sexual in nature. This includes the use of nudity for artistic or educational purposes.”

The issue strikes at the differing attitudes about nudity in Europe, where topless and even nude beaches and parks aren’t unusual, and in the United States, where government officials have been known to cover up topless statues.