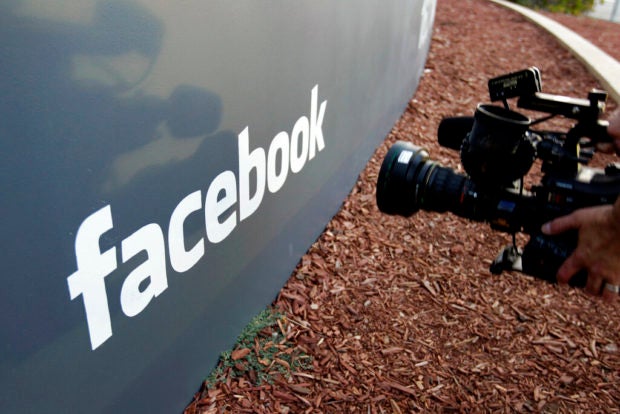 In this May 18, 2012, file photo a television photographer shoots the sign outside of Facebook headquarters in Menlo Park, California. AP

The Bundeskartellamt says Facebook users have only been able to use the social network on the condition that it can collect user data “outside of the Facebook website in the internet or on smartphone apps and assign these data to the user’s Facebook account.”

president Andreas Mundt said Thursday that the ruling means “Facebook will no longer be allowed to force its users to agree to the practically unrestricted collection and assigning of non-Facebook data to their Facebook user accounts.”

Facebook said it rejects the decision, and will appeal. /ee