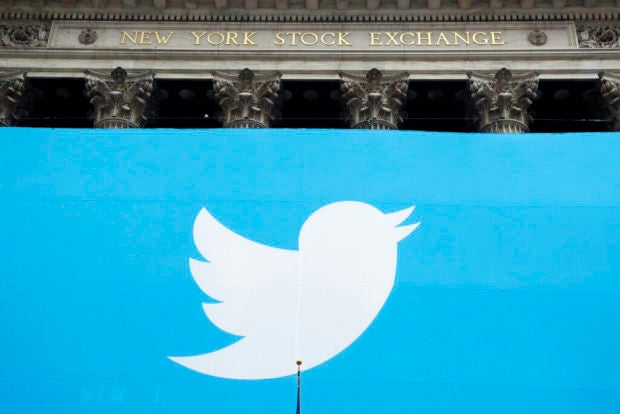 In this Nov. 7, 2013, file photo, a Twitter sign is draped on the facade of the New York Stock Exchange before its IPO in New York. AP

NEW YORK — Twitter is reporting that revenue and profit and its user base all grew in the final three months of 2018.

The San Francisco company disclosed its daily user base count for the first time, putting the figure at 126 million, up 9 percent from a year earlier. These are users who see ads on the platform and log in at least once a day.

Analysts polled by FactSet were expecting earnings of 25 cents per share and revenue of $867 million.