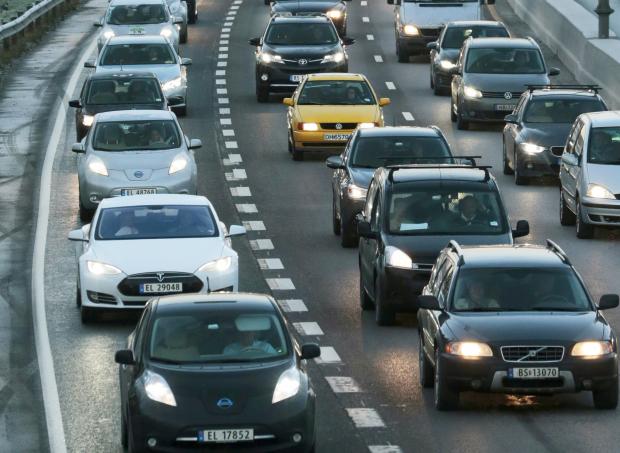 GENEVA — Forty countries led by Japan and the European Union — but not the U.S. or China — have agreed to require new cars and light commercial vehicles to be equipped with automated braking systems starting as soon as next year, a U.N. agency said Tuesday.

The regulation will require all vehicles sold to come equipped with the technology by which sensors monitor how close a pedestrian or object might be. The system can trigger the brakes automatically if a collision is deemed imminent and if the driver doesn’t appear set to respond in time.

The measure will apply to vehicles at “low speeds”: 60 kilometers per hour (42 mph) or less, and only affects new cars sold in the markets of signatory countries — so vehicle owners won’t be required to retrofit their cars and trucks already on the roads today.

The United States, China and India are members of the U.N. forum that adopted the new regulations. However, they did not take part in the negotiations because they want to ensure that their national regulations keep precedence over U.N. rules when it comes to the auto industry.

In 2016, 20 automakers reached an agreement with the U.S. government to put automatic emergency braking on all new vehicles by September of 2022, but compliance is voluntary. In the most recent report on the safety technology from 2017, the National Highway Traffic Safety Administration said that four of the 20 automakers — Tesla, Mercedes-Benz, Toyota and Volvo — had made automatic braking standard on more than half their models.

Jason Levine, executive director of the nonprofit Center for Auto Safety, said lack of U.S. participation in the U.N. group is embarrassing for a country that once led in auto safety.

“It is yet another indication of the auto industry in the United States and the Trump administration’s complete lack of leadership when it comes to the safety of everyone on the road,” Levine said Tuesday.

The requirement will start taking effect next year first in Japan, where 4 million cars and light commercial vehicles were sold in 2018, said Jean Rodriguez, the spokesman for the agency, called United Nations Economic Commission for Europe, or UNECE. The European Union, and some of its closest neighbors, is expected to follow suit in 2022.

UNECE says the countries that agreed to the deal want to be more pro-active in fighting roadway accidents, particularly in urban settings where obstacles like pedestrians, scooters, bicycles and other cars in close proximity abound. The agency pointed to more than 9,500 roadway deaths in the EU in 2016, and EU Commission estimates that the braking systems could help save over 1,000 lives a year in the bloc.

Apparently wary that the regulations might be seen as a step toward giving artificial intelligence precedence over humans, the drafters put in clear language in their resolution: A driver can take control and override these automated braking systems at any time, such as through “a steering action or an accelerator kick-down.”

UNECE says the new rules build on existing U.N. rules on the braking system for trucks and buses, mainly for safety in higher-speed motorway conditions.

TOPICS: automated braking system, Cars, Safety, vehicles
Read Next
Turn down the volume: WHO warns vs harmful smartphone use
EDITORS' PICK
Groups repeat call for justice, press freedom 34 years after People Power revolt
Here’s How Protein and Calcium Deficiency Can Affect Your Kid’s Health
‘Are you still alive?’ Virus fears grip South Korean city
Desperate to stop spread of COVID-19, countries limit travel
Mallorca City: Home of Cavite’s finest industrial hub
Wilder says costume wore him down before Fury did
MOST READ
ABS-CBN can’t operate beyond May 4 without a franchise – ex-CJ Puno
No need for Ginebra to reach out to Slaughter, says Chua
Desperate to stop spread of COVID-19, countries limit travel
Macalintal: No such thing as ‘secret marriage’ amid Sarah-Matteo nuptials leak
Don't miss out on the latest news and information.