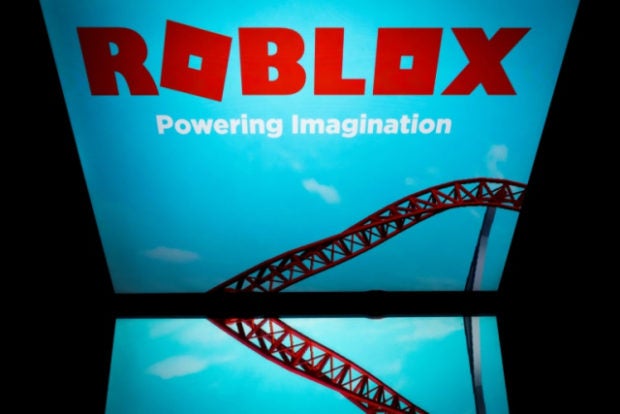 A screenshot of Roblox, the online gaming service, on the screen of a tablet. Image: AFP/Lionel Bonaventure

With its Lego-like avatars and easy-to-learn coding for budding programmers, the online gaming app Roblox has cornered the market in younger gamers, with 80 million monthly users, many of them under 16.

Now the platform, which has already taken the United States by storm, is setting its sights on Europe and Asia to become a global giant.

Kids log on to the mobile app after school to guide their avatars through obstacle courses full of pitfalls, escape from jail, dive into a treasure hunt or even to build their own adventure park.

None of it is very original, content-wise, and its simplistic, blocky style cannot compete with the lush aesthetics of the big studios’ games, but its 3D user-generated games are aimed at younger players, and at teaching them coding skills for the future.

“It’s not a game, it’s a platform for creativity and play,” said Chris Misner, head of Roblox International.

The company does not release much user data, but claims to have 80 million active players per month in more than 30 countries. Most of the players are aged nine to 12, while content creators tend to be 16 and over.

Misner told AFP the company spends almost nothing on advertising — word of mouth has been enough to make it one of the most popular entertainment platforms among 6-12 year-olds, according to Comscore.

“We have positive cash-flow,” said Misner.

“It is not the first ‘meta game’ to allow users to engage in world-building, but it’s certainly the first to have done so well,” said Laurent Michaud, of the online think tank Idate.

While it is free to play, Roblox makes its money from users buying up units of its virtual currency, “Robux,” to personalize their avatars or buy kit that helps them advance through the game.

The best developers can make money off it too. Alex Balfanz, a 19-year-old American, created several games before striking gold with his game “Jailbreak” in April 2017, which according to US media racked up more than $1 million in a year.

But most of the 56 million games available on the app do not enjoy that level of success.

“Last year I was playing ‘Blocks bird’ with some friends. You have to get a job, you build houses and go to your friends’ houses for parties,” said Edouard Chatelain-Moor, 11, who lives in the US capital Washington.

“I don’t play that often now,” he said. “There are some good games, but you get tired of them after a while because updates are rare.”

Launched for computers in 2006, Roblox took a decade to really take off. It is now available on most devices, including Virtual Reality helmets, and even runs summer camps to teach kids to code games.

In June, a seven-year-old girl who was playing the game showed her mother the screen of her iPad, where her avatar was being attacked by two male characters.

It was a scene which the mother, Amber Petersen, later described on Facebook as a “violent gang rape” of her little girl’s online character.

“We were upset that somebody had violated the code of conduct,” said Misner, noting that 700 moderators oversee the platform.

“It was very a specific incident, we were able to shut it down and put safeguards. It was contained and addressed rapidly.”

The disturbing incident has not dented the financial health of the gaming platform: five months ago, it raised $150 million in a round of investor funding and was valued at $2.5 billion, the magazine Techcrunch reported.

“The money will be used to build our infrastructure and our network globally, to increase the performance of our platform and hiring lots of people,” said Misner. “We invest in technology, people, safety, creativity.”

As well as being available in English in dozens of countries, Roblox can also be played in Spanish, and has added some support services in French, German, Portuguese, Korean and Mandarin.

It doubled its number of users last year in the European market, which it predicts will surpass its US audience in three to five years. CC