Microsoft workers protest use of HoloLens headsets for war 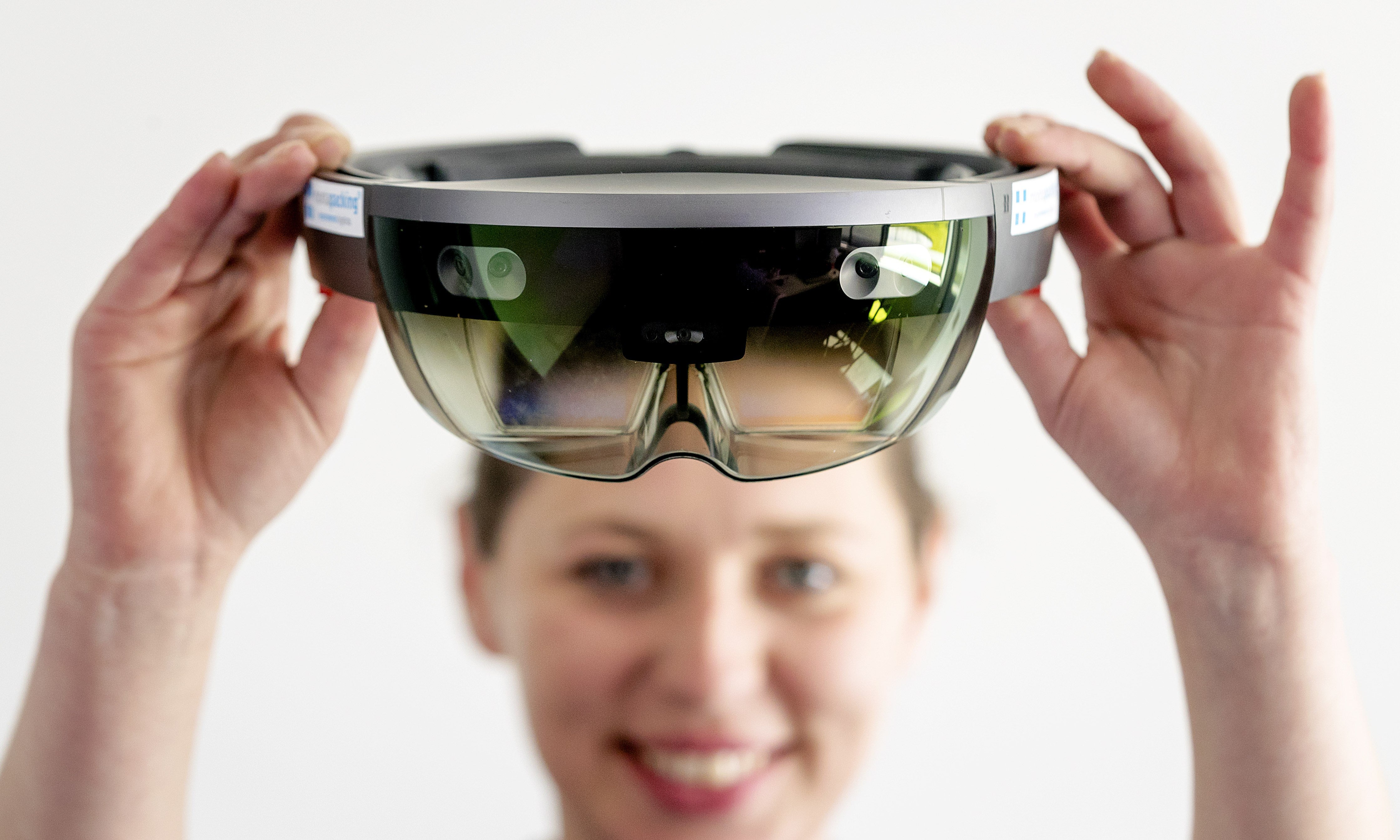 Microsoft’s HoloLens, a mixed reality smartglass, is seen at Montapacking in Molenaarsgraaf, on April 18, 2017. With the glasses life-like projections can be seen in the area where the spectacles is worn. This is the difference with virtual reality, where reality disappears completely. (Photo by Robin van Lonkhuijsen / ANP / AFP) / Netherlands OUT

A group of Microsoft workers is demanding the company cancel a contract supplying the U.S. Army with HoloLens headsets that they say would turn real-world battlefields into a video game.

Microsoft’s head-mounted HoloLens displays use augmented reality, which means viewers can see virtual imagery superimposed over the scenery in front of them.

A letter signed by more than 50 Microsoft employees Friday and circulated on an internal messaging board said the technology could help soldiers spot — and kill — adversaries on the battlefield.

They say they “refuse to create technology for warfare and oppression.”

“We did not sign up to develop weapons, and we demand a say in how our work is used,” the letter says. It asks Microsoft CEO Satya Nadella and President Brad Smith to cancel a $480 million contract the Army announced in November.

Microsoft said in a statement Friday that it is committed to working with the military, including the Army under the HoloLens contract.

Microsoft pointed to an October blog post by Smith saying those who defend the U.S. should have “access to the nation’s best technology.” The company added it will continue to address “important ethical and public policy issues relating to (artificial intelligence) and the military.”

Military bidding documents say the new technology — which the Army calls its Integrated Visual Augmentation System — will be used for both training and warfighting. The Army’s stated aim is to bring more situational awareness to troops so that they become more lethal and mobile.

The protesting workers say it means HoloLens, better known for its business and entertainment applications, will be used to help kill.

The protesting workers write that “it will be deployed on the battlefield, and works by turning warfare into a simulated ‘video game,’ further distancing soldiers from the grim stakes of war and the reality of bloodshed.” The Army didn’t immediately respond to a request for comment Friday.

The letter also asks Microsoft to stop building any weapons technologies and appoint an independent ethics review board to determine acceptable uses of Microsoft technology.

The internal unrest over the Army contract follows a year of activism by tech workers who have become increasingly emboldened to voice their concerns about how their products are applied.

Microsoft under Nadella has sought to distinguish itself as an ethically minded corporation that takes care to use its technological advances in ways that benefit society. The employee protest letter Friday acknowledged some of those efforts but said more needs to be done to inform engineers of the intent of the software they’re building.

It also comes as Nadella is expected to unveil a new generation of HoloLens headsets Sunday at the Mobile World Conference in Barcelona, Spain.  /muf