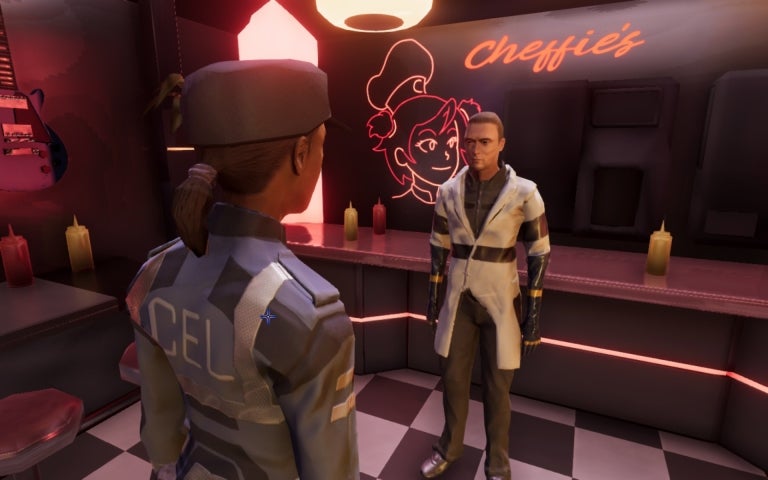 Two decades after Mario and Zelda made the switch to 3D, retro-style adventure game studio Wadjet Eye, known for its pixelated graphics and spread of polished detective mysteries, is doing the same, having published the first images from upcoming sequel “Technobabylon: Birthright”.

So we've been working on a Technobabylon sequel for awhile now ("Technobabylon: Birthright"), but we haven't said or shown much about it yet. We think it is time to change that. @TechnocratGames and @ben_304 have been doing amazing work embracing the third dimension. pic.twitter.com/L6iOIBso5s

Establishing itself through the “Blackwell” series of supernatural detective mysteries, Wadjet Eye has spent 13 years providing fans of traditional point & click games with a regular supply of story-driven puzzle adventures.

It did so first as a developer and then as a publisher, handling distribution of “Resonance”, “Primordia” and “Technobabylon” for other small studios.

Yet, harking back to 1980s and ’90s classics like “The Secret of Monkey Island”, “Beneath a Steel Sky” and “Broken Sword”, the Wadjet stable’s pixelated side-view aesthetic is not as immutable as it once appeared.

Technocrat Games, the studio behind “Technobabylon”, a cyberpunk adventure for iOS and PC that stands among Wadjet’s best, has released images from the development of sequel “Technobabylon: Birthright” which shows off a new 3D approach. It is the first 3D game for a company that has so far found a fertile niche in 2D.

“I’ve been looking into how other games handled 3D, and I like to think I’ve learned from their results,” Technocrat’s James Dearden commented on Twitter.

“The ability to use mocap data for a lot of things will make more natural-looking animations easier to implement,” he observed.

As for the 3D perspective, the camera “moves around with you, or sometimes follows you around, but changes for things like dialogue,” Dearden explained.

Much more infrequent are examples of graphic adventure franchises that crossed over from pixel-based 2D to polygonal 3D in presentation and movement style.

Genre classic “The Longest Journey” (1999) and its sequel, 2006’s “Dreamfall” stand out as examples of successful format switches, with Dearden citing it specifically as a reference. JB