Living on site with colleagues for months on end sounds like a nightmare for many, but Berlin is becoming home to a growing number of ‘gaming houses’ within the eSports community.

Germany’s capital, which is hosting the European championships of the world’s most popular online video game ‘League of Legends’ until the end of March, is a hotbed of eSports talent with several teams making their base in Berlin for the championships. 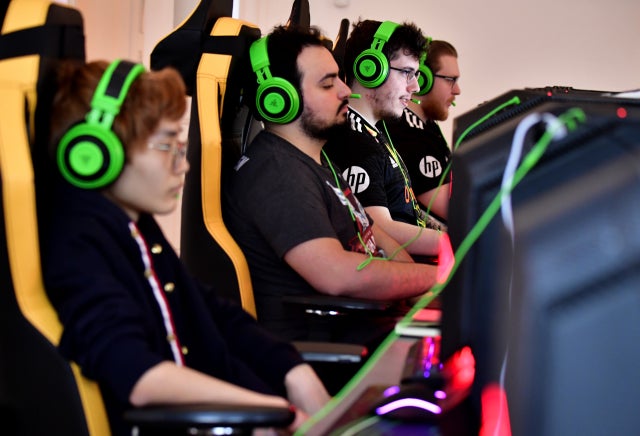 The idea of a gaming house allows team-mates to live and play together under one roof, with hours dedicated to improving performances.

In western suburb Halensee, a popular district for bankers and diplomats, the eSports outfit Team Vitality — one of the best in Europe, sponsored by a major soft drink company and a carmaker — has made their base in a huge 350-square-meter (3,700 square foot) apartment.

It is here the team will be based 24/7 for the nine weeks while the European championships are held.

“No professional team can do without their gaming house. The days when five players from the same team were training simultaneously, each with his own apartment, scattered across a country or continent, are over,” Dennis Hennersdorf, manager of Team Vitality, told AFP.

His job is to ensure the five gamers — all males, aged 20-23 — need for nothing while they practice, earning salaries “comparable to football players”, according to Gabor Fenyvesi, Team Vitality’s chief gaming officer.

Their meals are prepared, washing is done and they have a coach and video analyst on hand to review and improve their play.

The apartment’s central training room is packed with a dozen computers, supported by a high-speed internet connection — a hive of activity for around eight hours each day when the team gets to work.

Each gamer has their own bedroom featuring a door adorned with their own cartoon image, manga-style, and photographs of the team’s victories decorate the walls.

‘It can be stifling’

While many of their neighbors would have already been at their work desks since 9 a.m., the gamers rise at 11 a.m., eat breakfast together, then have various individual and team training sessions online, punctuated with tactical briefings, often running until as late as 3 a.m.

In addition, they receive regular visits from a physiotherapist and three fitness sessions a week to avoid neck, back and finger injuries after so many hours in the ergonomic chairs, each one adorned with a bee, the team logo.

The quasi-family environment allows the team to “anticipate and solve problems on the spot”, said Hennersdorf.

However, hours of gaming with teammates, cooped up under the same roof, with visits from family, friends and girlfriends forbidden, can lead to claustrophobia.

“We do not control what they are doing all the time, but we ask them to be fully focused during the nine weeks, we suggest that they put their feelings aside,” said Fenyvesi.

It’s a complicated situation to manage, according to the team’s French star Lucas Simon-Meslet, who competes under the pseudonym ‘Cabochard’.

“During these months in Berlin, it’s great to be able to live with my teammates, but it can sometimes be stifling, to be 24 hours a day, seven days a week, for months, without having a separate private area,” said the 21-year-old.

The traditional model of a gaming house appeared in Seoul nearly two decades ago.

“Our League of Legends team plays and trains in an office in Berlin, but all live in separate apartments nearby,” said Fnatic’s manager Jan Hoffmann.

Team Vitality and Fnatic are just two of the ten teams battling for the European crown.