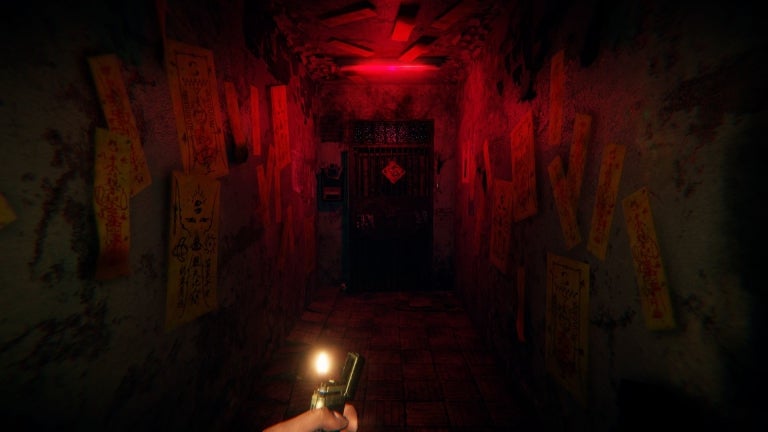 Explorative horror game “Devotion” has been hailed for its storytelling technique but criticized by Chinese-language user reviews after a piece of in-game art was not replaced prior to release.

Taiwanese studio Red Candle Games revisited the 1980s, a time of political upheaval for the newly independent country, and one that informed its debut, “Detention”, in atmospheric horror “Devotion”, a Feb. 19 release that became one of the week’s bestsellers on dominant digital retail site Steam.

Players become the father of a family of three, walking around an apparently deserted apartment through various haunted transformations.

Unfortunately, as Red Candle tells it, some of the game’s placeholder art contained “internet slang”; the material appeared to mock China’s head of state, comparing him to A. A. Milne’s fictional ursine character, one whose mention had already been banned in China, for related reasons, by the time Disney family movie “Christopher Robin” was released in 2018.

Though “Devotion” initially received a very positive 95 percent rating from Steam users, said art was not replaced by the time of release, leading to a slew of negative Chinese-language ratings after its discovery.

Red Candle subsequently amended the placeholder art and issued a sequence of apologies and explanations; users who do not receive game files through Steam’s copy-protection mechanism would not receive the update automatically.