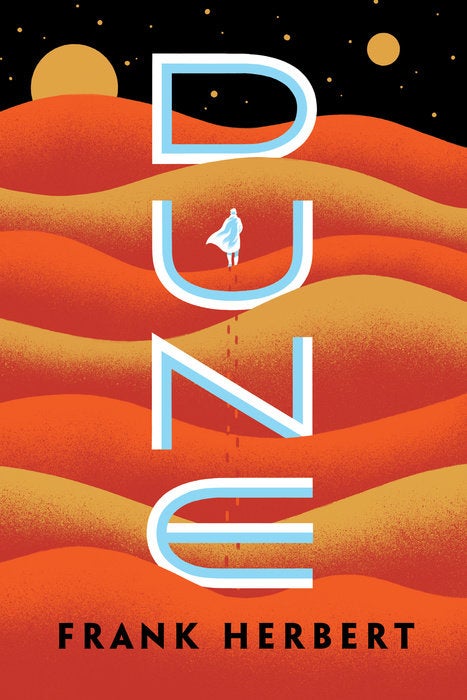 Swedish game developer Funcom, which had a huge hit in 2017 with barbarian survival game “Conan Exiles”, has been commissioned to produce three or more video games based on the “Dune” franchise, currently in line for a 2020 film adaptation.

“So many of us at Funcom, myself included, are huge fans of Frank Herbert’s work and we are thrilled to have the opportunity … to bring the iconic ‘Dune’ universe to life,” Funcom CEO Rui Casais announced in tandem with the studio’s quarterly financial report.

Development is to begin later this year, the studio said, with one of the “Dune” titles described as an open world multiplayer.

The genre is something Funcom is familiar with, having developed a series of online role-playing games including 2001’s influential “Anarchy Online,” then “Age of Conan” and “The Secret World,” before 2017 revenue train “Conan Exiles.”

It’s a studio equally well-known for its adventure game heritage, having developed the first two games in “The Longest Journey” franchise — though 2016’s “Dreamfall Chapters” went to a different studio founded by the series’ creator — and has dabbled in horror through “The Park” and “Hide and Shriek” as well as with mobile development via “Lego Minifigures Online”.

Funcom is also pushing ahead with two more “Conan” games, similarly inspired by the works of Robert E. Howard, publishing strategy game “Conan Unconquered” from genre specialist Petroglyph tracking for April to June 2019 and has an untitled single player game in development.

Then there’s a mystery PC, PS4 and Xbox One game due in the second half of 2019 from external studio partner Rock Pocket, based on an existing Funcom game, franchise, or world. Rock Pocket had previously announced a Lovecraftian sci-fi cosmic horror for those three platforms.

As it happens, both Conan and the “Mutant Year Zero: Road to Eden” game it published in December 2018 are part of the Heroic Signatures stable that Funcom co-owns, and one of its unnamed properties is providing the inspiration for Funcom’s fifth and final project currently in the pipeline. MKH

ADVERTISEMENT
TOPICS: Anarchy Online, Conan Exiles, Dune, Funcom, The Secret World
Read Next
Volvo unveils driverless electric bus in Singapore
EDITORS' PICK
Nograles: Cabinet members to donate 75% of monthly salary to aid COVID-19 fight
Diokno to Duterte: OK to make fun of buck tooth, but focus on people’s needs first
Quick chat with Nicole Andersson: ‘You really don’t need much to be happy’
10 Filipinos positive for COVID-19 in UK, 7 in Ireland — envoy
IATF to LGUs: Issue ordinances vs attacks on frontliners, COVID-19 patients
Robredo spox thanks Duterte for defending VP’s efforts vs COVID-19
MOST READ
Coronavirus hotbed Rizal to shut borders on April 6
Sotto on Isko Moreno’s call: We do our job without the media following our every move
‘Money Heist,’ ‘Tales from the Loop,’ ‘Killing Eve,’ ‘Never Have I Ever,’ ‘After Life’: Five not-to-be missed series this April
ADB warns PH against prolonged lockdown
Don't miss out on the latest news and information.