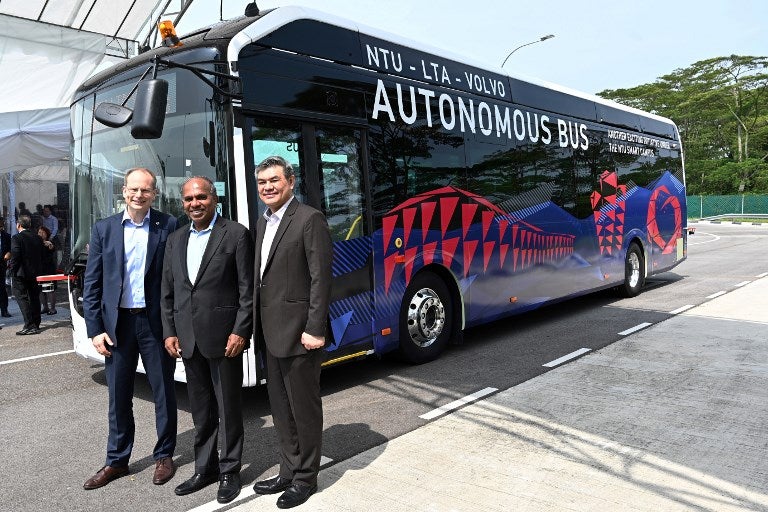 SINGAPORE – Volvo and a Singapore university unveiled Tuesday a driverless electric bus that will soon undergo tests in the city-state, the latest move towards rolling out autonomous vehicles for public transport.

High-tech Singapore has become a test-bed for self-driving technology and the world’s first driverless taxis went into operation in a limited public trial in the country in 2016.

Swedish automaker Volvo Buses and its local partner Nanyang Technological University (NTU) unveiled what they described as a full-size autonomous electric bus and said the vehicle would soon start trial runs in the university’s sprawling campus.

Data from the trials will be used to improve the technology before the driverless buses are put to the test on public roads, Volvo and NTU said in a statement.

Volvo Buses president Hakan Agnevall said the vehicle was “an important step towards our vision for a cleaner, safer and smarter city”.

The vehicle is 12 meters (39 feet) long with a full capacity of close to 80 passengers.

It uses 80 percent less energy than a diesel bus of a similar size and is equipped with sensors and navigation controls managed by an artificial intelligence system, the statement said.  /kga