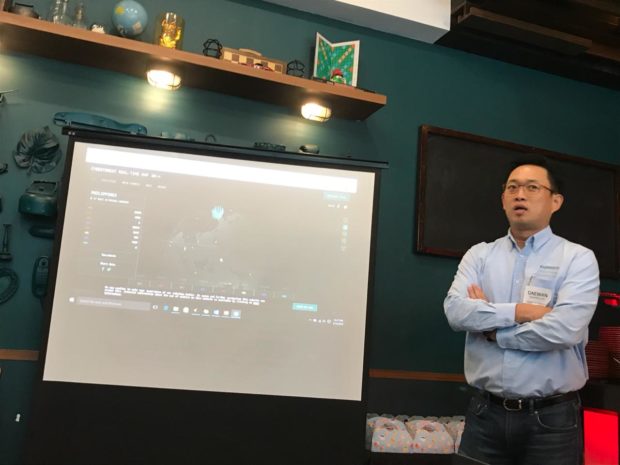 Daewan Ku, chief of the xSP project development of the Kaspersky Lab in Asia Pacific, discusses the vulnerability of the Philippines to mobile malware during the launch of the cybersecurity company’s xSP service in Makati City on Tuesday, March 12, 2019. Photo by Cathrine Gonzales / INQUIRER.net

MANILA, Philippines — The number of mobile malware attacks globally rose to 116.5 million in 2018, or a 75 percent increase from the 66.4 million attacks recorded in 2017, according to the latest report of cybersecurity company Kaspersky Lab.

In the global rankings of the company, the Philippines placed 10th with 26.8 percent users of the Kaspersky Lab’s solutions attacked by mobile malware.

Following are the countries that topped the rankings by share of users attacked:

Daewan Ku, chief of xSP project development of the Kaspersky Lab in the Asia-Pacific region, said the majority of mobile device users overlook security in their phones.

“It’s basically everyone in the world. If I ask the same question to any of my friends in New York, have you ever thought of buying internet security for your phone? Ninety-nine percent would say no,” Ku said during the launch of xSP service in the Philippines held in Makati City on Tuesday.

According to Ku, most people would ignore putting up security on their devices being connected to the internet as they normally do not see any malfunction caused by malware

“But that’s the beauty of well-developed malware, that you don’t feel anything, but still a lot of things are happening [inside] your phone,” he said.

In the Philippines, Kaspersky Lab said it aims to address the need for a budget-friendly online protection for the country’s over 70 million internet users.

“We’re excited to pilot this program in the Philippines which offers a very straightforward solution to the seemingly universal issue of not securing internet-connected devices because the process appears bothersome and security software is expensive,” Ku said.

Kaspersky Lab underscored the importance of securing devices being connected to the internet, as they normally store large amounts of personal information, including passwords and financial details.

“We have to embrace the reality that it is now more difficult to keep our personal information confidential and our money safe,” said Yeo Siang Tiong, General Manager of Kaspersky Lab in Southeast Asia.

“Kaspersky Lab is offering the xSP service in the Philippines so that Filipinos, who are known to be highly-active Internet users, can enjoy the perks of staying plugged to the Internet while keeping what matters most to them safe and secure,” he said.

The service will be most beneficial to Internet users who own devices including desktop, laptop, tablet or smartphone running on Android, Windows, iOS, and OS X, the company said.

According to Kaspersky Lab, the subscription works by having the mobile subscriber request through an SMS an activation code of any of the product in the company’s consumer suite. This activation code will then be keyed in on the Kaspersky app, which can be downloaded from Google Play Store or the Apple App Store.

The service is open to both prepaid and postpaid subscribers of Smart and Talk N Text networks either for a seven-day period for as low as P10 to P30, or a 30-day period for P40 to P120, depending on the type of service to be availed.