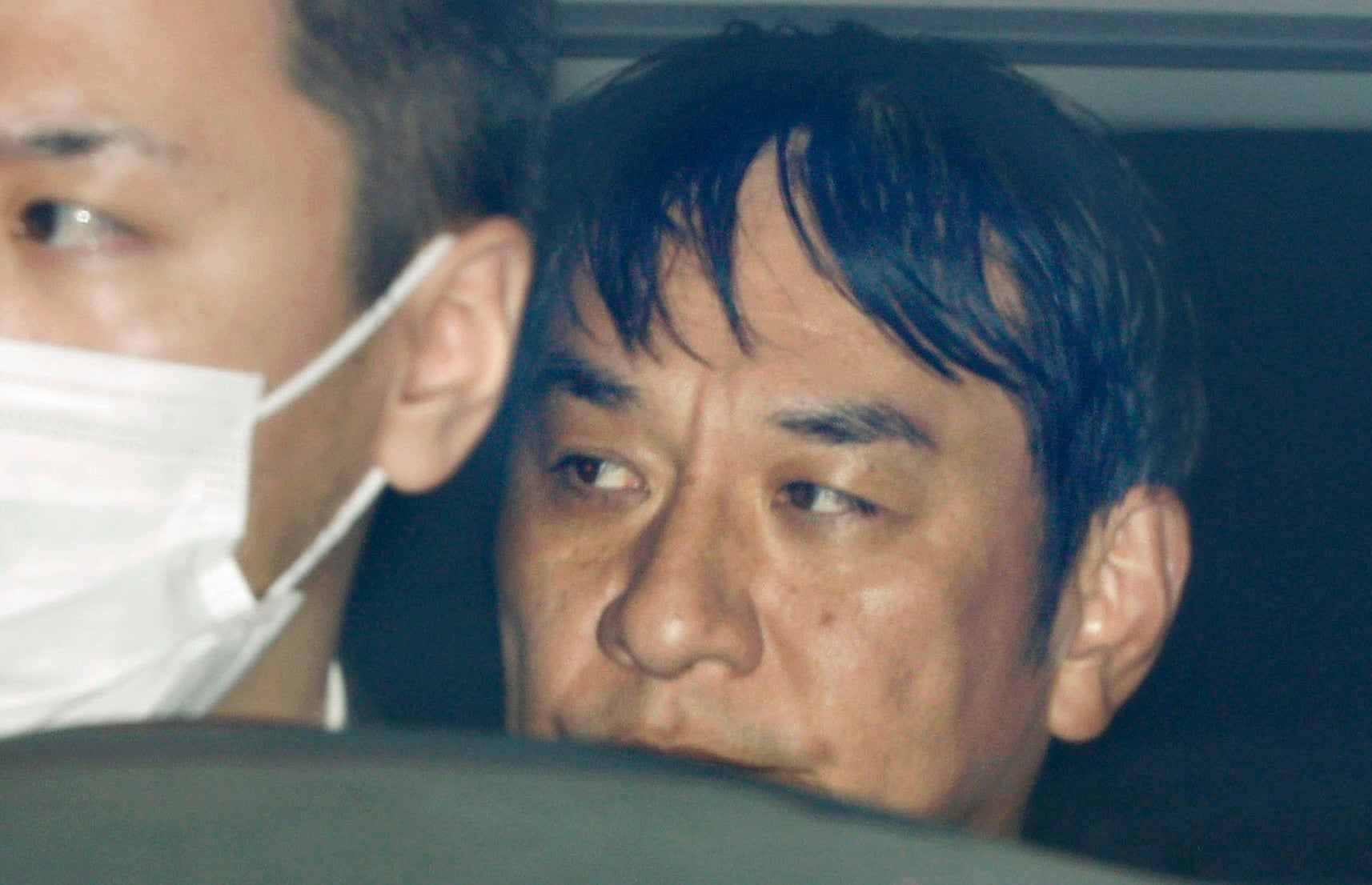 In this March 14, 2019, photo, Japanese musician Pierre Taki in a police car is sent to a prosecutor’s office in Tokyo. Japanese entertainment company Sega has cancelled shipments of its video game “Judgment,” also known as “Judge Eyes,” after Taki was arrested on drug charges. (Takuya Inaba/Kyodo News via AP)

TOKYO — Japanese entertainment company Sega has cancelled shipments of its video game “Judgment,” also known as “Judge Eyes,” after one of its actors was arrested on drug charges.

The game made by Tokyo-based Sega Games Corp., creator of the “Sonic the Hedgehog” games, depicts a detective fighting crime in a fictitious town. It went on sale in December in Japan and was set to ship overseas in June.

The company has apologized. It said it was still studying what further action to take on the game.

Taki plays a gangster in the game, both as a computer graphic and voice actor. He has appeared in various movies, including the 2013 crime drama “The Devil’s Path,” and leads a techno band.

The maximum penalty upon conviction for using cocaine in Japan is seven years in prison. /kga