In the age of digital distraction, smartphone usage tends to make people compromise their day-to-day activities. Students, in particular, fall to this trap.

For instance, Lady Majalia Amor Diaz, a practice teacher from Pasig City, shared on social media that she confiscated her students’ phones when she caught them playing “Mobile Legends” during their class last March 7.

In a Facebook post on Tuesday, March 12, Diaz wrote, “I caught them playing [Mobile Legends] during class, [so] I confiscated their phones and watched their heroes lose in front of them.”

“I don’t know if it is the hero who [loses in] the game (since I am not a fan of online games),” she added.

Despite knowing so little about mobile games, Diaz said in jest, “but one thing is for sure: NABABAWASAN ANG STAR NILA kapag na defeat sila (their stars decrease when they get defeated) [laughing emoji].”

“Maluha-luha sila e (they were in tears). Ulitin nyo pa ha (dare to repeat it) (smiling emoji),” she warned.

I caught them playing ML during class, I confiscated their phones and watched their heroes lose in front of them. I don'…

The 20-year-old teacher told INQUIRER.net that she was assigned to handle the tenth grade students of Sta. Lucia High School in Pasig City.

Whenever she enters the room, she always asks her students to keep away items that are not related to her class, including mobile phones, or else she will confiscate these.

“It’s just that I caught them thrice using their phones that day. I warned them to keep it and participate with their group mates [instead],” Diaz said.

The students hid their phones inside their bags for a while, but when Diaz moved to check on the other groups, they got their phones back and resumed playing.

“So in the fourth time I caught them, that’s the time I [confiscated] their phones and put those [phones over at] the teacher’s table,” Diaz recalled. 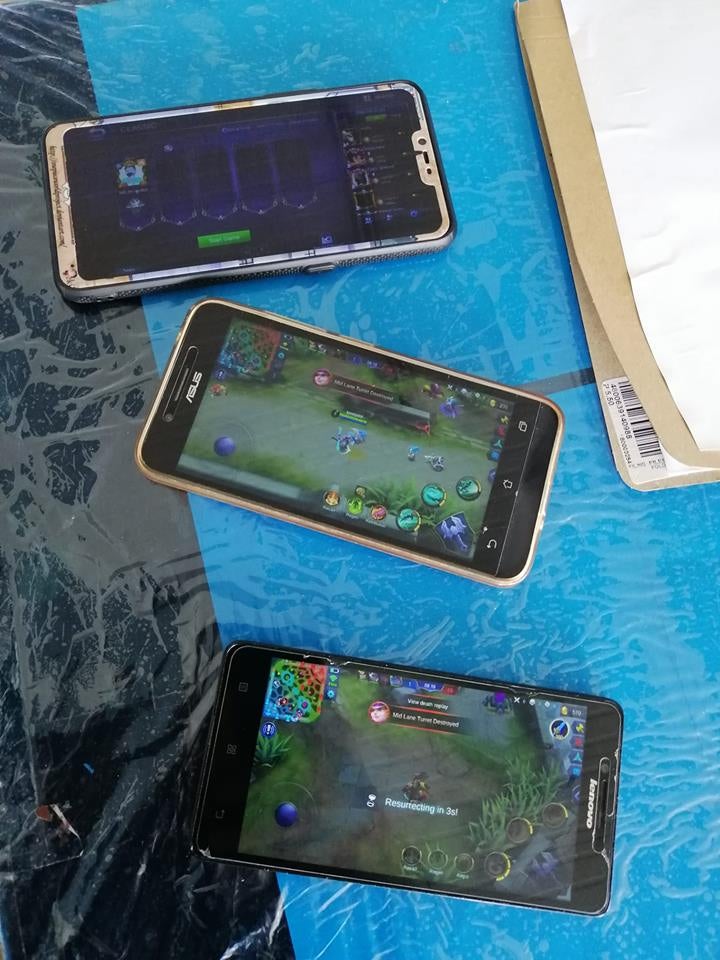 She clarified that she does not have any negative intentions about confiscating the phones. She just wants her students to realize that she is serious in trying to instill in them some discipline.

Other than confiscating their phones for their offense, no further sanctions were given to them by Diaz.

“I gave it back to them after class,” Diaz said, adding, “I just told them na sa susunod, maniwala [na sila] pag sinabi kong itago [nila].” (I just told them that next time, they must believe me when I tell them to keep these things away.)

She also stated that she is not against the playing of mobile games, but this should be done in the proper venue and time.

“The thing is that, each should know his limitations of when and where to play,” Diaz stated.

As a teacher, Diaz understands those who reacted negatively on what she did, but at the same time, she appreciates those who took it positively.

(Actually, it is more tiring to reprimand students than to teach them. That is why I hope students would listen and respect their teachers.)

Diaz also thinks that disciplining students is not the sole responsibility of the school, because discipline should also be practiced at home.

(Let us not rely on the school for everything. Discipline should start at home.)

Meanwhile, Diaz also recognizes that smartphones can be used in purposeful activities in class.

Dealing with digital distractions in the classroom