Changes to the human diet prompted by Neolithic advances in agriculture played a role in human jaw evolution that allowed people to pronounce the consonants F and V, researchers say. 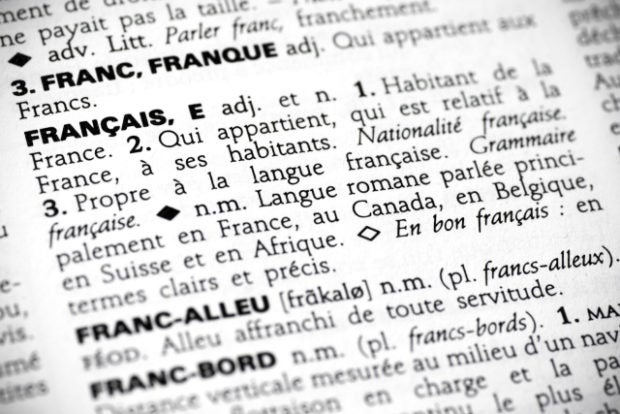 Their work, which combines linguistics, speech science and paleoanthropology and appears in the Thursday edition of the US journal Science, indicates that language is not merely a random product of history but was also linked to biological changes at the time.

The Neolithic era, spanning from 6,000 to 2,100 BC, was when wheat and barley-based farming took root and animals such as goats, sheep and cows, were domesticated.

“Language is not usually studied as a biological phenomenon and it does not normally figure in, say, the curriculum of biology,” said Balthasar Bickel, a researcher at the University of Zurich.

“If you think about it, however, this is a bit strange actually, because like the communication system of other animals, language is simply part of our nature,” he stressed.

Man, before the Neolithic era, used his teeth quickly to chew the products of his hunting and gathering.

While the upper incisors covered the lower ones in children, wear and tear led to an “edge-to-edge bite” in adults, prehistoric skulls show — positioning that made it difficult to make certain sounds.

If you pull in your lower jaw until your upper and lower teeth touch each other, and then try to pronounce “f” and “v”, it’s very difficult.

The sounds are called labiodental consonants, which require the combined action of the lower lip and the upper teeth.

Starting in the Neolithic era, hunter-gatherers learned techniques to process food — for example, by milling it and cooking it.

“There were chiefly types of gruel or porridge, stews and soups, but also daily products like milk, cheese and yogurt that came about through food processing technologies that led to the softer diets,” said Bickel’s colleague Steven Moran.

“And an important thing here was the spread of pottery for preserving food, something that became very important with the introduction of agriculture.”

Dental wear-and-tear was curtailed thanks to the softer diet, and the upper incisors maintained their adolescent position: over the lower teeth, as in today’s humans.

Researchers say they spent five years on the study.

In the final phase, they studied the history of Indo-European languages and concluded that it was “very likely the labiodentals emerged not much before the Bronze Age, in parallel to development of food processing techniques,” explained another co-author, Damian Blasi.

The Bronze Age followed the Neolithic.

“Our findings suggest that language is shaped not only by the contingencies of its history but also by culturally induced changes in human biology,” the researchers wrote.

“We can no longer take for granted that the diversity of speech has remained stable since the emergence of Homo sapiens.”

Blasi said he hoped the study would spark a “wider discussion” on how some aspects of language and speech “need to be treated as we treat other complex human behaviors lying between biology and culture.” NVG

‘Filipino’ and my mother tongues