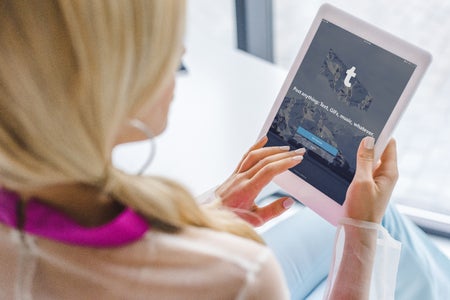 Tumblr introduced a “safe mode” to filter “sensitive” images as a response to child pornography found on the website. This resulted in a drop in visits from 521 million in December to 369 million in February, as per data from analytics website SimilarWeb.

Users tried to rally the site to withdraw the ban with a petition that gained 600,000 signatures, but to no avail.

Tumblr also launched an anti-porn algorithm which has been criticized for flagging non-pornographic content, from illustrations of dogs to landscape photos.

Those dogs ARE naked technically.

Some of my photos flagged as explicit by tumblr's new algorithm. I would say I'm impressed with how bad it is, but… Yeah this was about what I expected#RipTumblr pic.twitter.com/BF5xQx3xo0

The changes have been feared by users to be driving away artists who rely on the site to promote work and gain commissions. JB