Myspace confirms 12 years worth of files wiped out

Myspace has confirmed that files which include millions of songs, photos and videos have been wiped out of the social networking site. 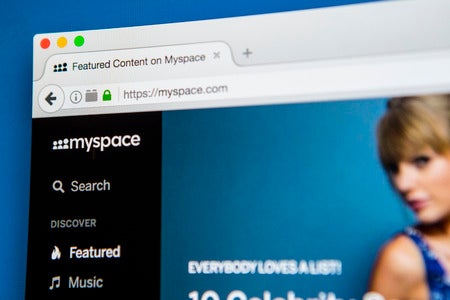 This was attributed to a botched server migration that may have occurred more than a year ago, The Guardian reported yesterday, Mar. 18. The report noted that during that time, users began to complain that they could not access their old files.

Since the site was created in 2003, this would mean that about 12 years worth of files has been erased.

The social networking site admitted to online archivists that the files have been deleted permanently, as per the report. A banner has reportedly been placed at the top of the site to apologize for the loss of files uploaded more than three years ago.

The loss of files affects around 50 million songs from 14 million artists on Myspace. The site was popular in the early 2000s. It served as a gateway for musicians to be discovered, such as Lily Allen, Calvin Harris and Arctic Monkeys. Niña V. Guno/JB