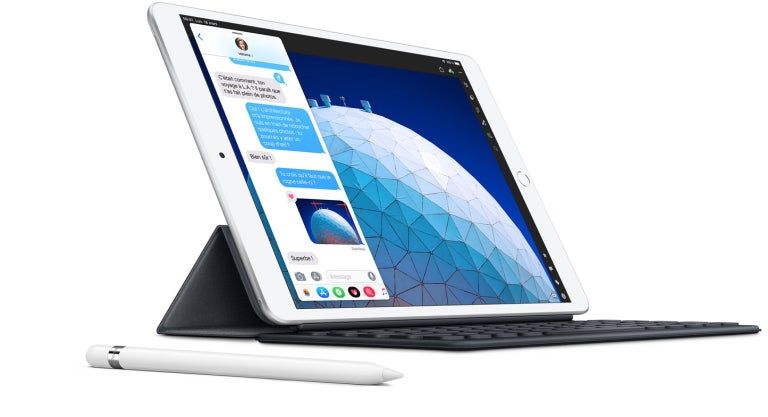 Apple has announced two new iPads a week ahead of the company’s March 25 event: a 10.5-inch iPad Aid and a refreshed iPad mini.

Not only does the new iPad Air have a larger display with over half a million more pixels than the previous generation, but it also “delivers a 70 percent boost in performance and twice the graphics capability” thanks to an A12 Bionic chip.

The refreshed iPad mini also features the same A12 Bionic chip that amps up the 7.9-inch tablet’s power, performance and graphics speed. This generation comes with Apple Pencil support, and according to Apple, has a Retina display that is 25 percent brighter than before and now has “the highest pixel density of any iPad.”

Both models feature upgraded front and back cameras that can capture 1080p HD videos, scan documents and create AR experiences.

The company also announced on Monday that an update coming to iWork for iOS next week will feature a slew of new Apple Pencil capabilities in Keynote including the easy implementation of build effects like rotate and scale.

The new iPad Air and iPad mini are available starting today online and next week in stores starting at $399 (P21,000) and $499 (P26,000), respectively. Each comes in three color options with either 64 gigabytes or 256 gigabytes configurations.

The release of new hardware this week further suggests that the March 25 event will focus on the launch of Apple’s Netflix-like streaming service. JB

Vivo V15 Pro amps up the wonder at Wanderland