Not so fantastic: Can Japan end its love affair with plastic? 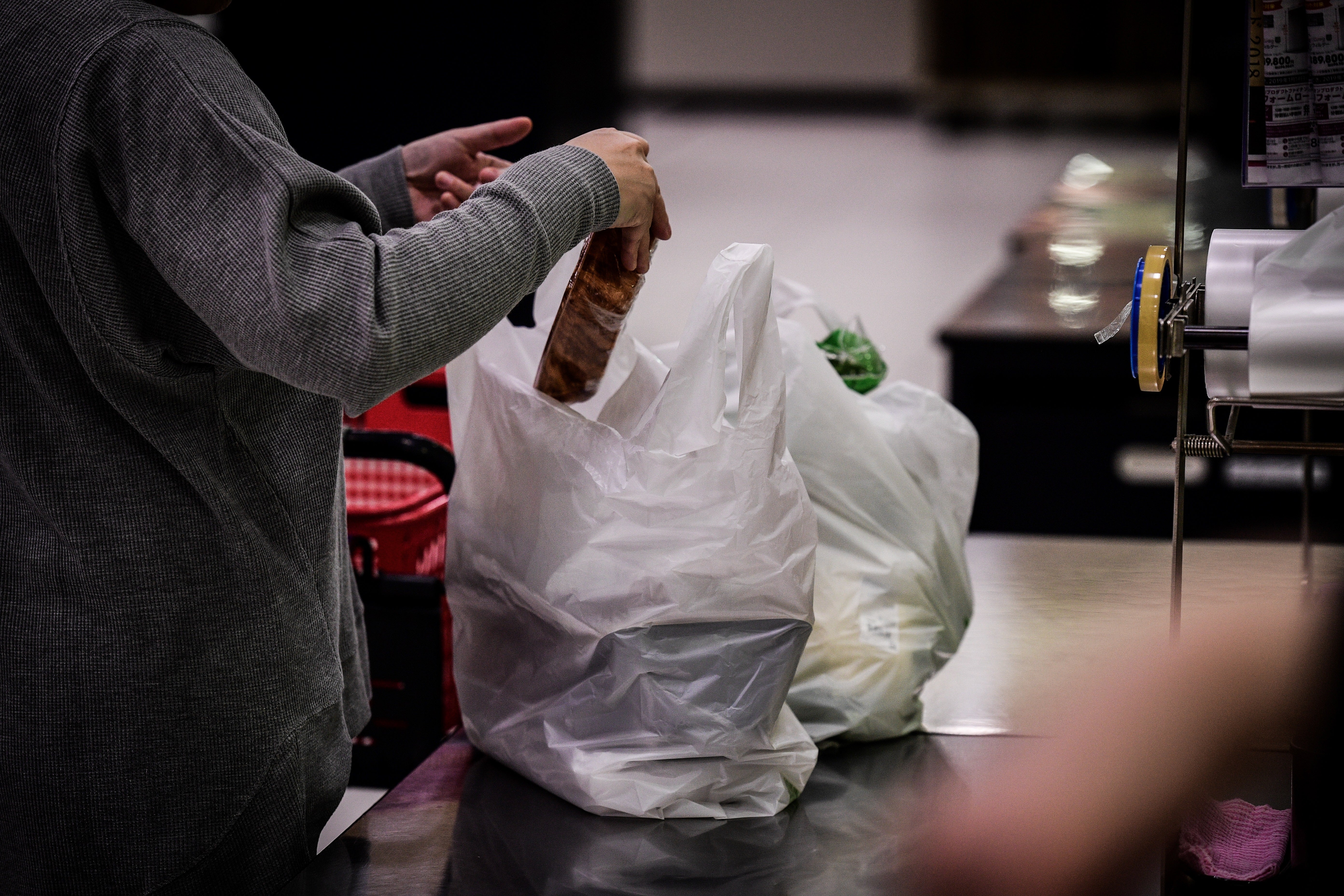 In this picture taken on November 7, 2018, a woman packs her shopping into a plastic bag in a supermarket in Chiba. – From bento boxes to individually wrapped bananas, plastic reigns supreme in Japan. But amid global concern about single-use waste, new legislation could help end the country’s love affair with plastic. (Photo by Martin BUREAU / AFP) / To go with AFP story Japan-environment-pollution-waste-synthetics,FOCUS by Sara Husssein

The push comes ahead of the G20 summit, which Japan will host in Osaka in June. Prime Minister Shinzo Abe’s government wants to use the meeting to push for an agreement on reducing marine plastic waste.

But the country’s own record on single-use plastic is hardly exemplary: Japan generates more plastic packaging waste per capita than any other country except the United States, according to the United Nations.

“We believe there is room to reduce that volume and we are now considering ways to do that,” said Kentaro Doi, director of plastic waste strategy at Japan’s environment ministry.

In 2018, Japan’s government unveiled a proposal to start tackling the issue, with the goal of reducing the country’s 9.4 million tons of plastic waste a year by 25 percent by 2030.

A key part of the proposal is to require businesses to charge for plastic bags — a measure that has been already been widely adopted around the world.

“What we are going to do is to put a value on it… we would like people to think about whether it is really necessary to use them,” Doi told AFP.

But government officials acknowledge Japan is coming to the issue late — dozens of countries already require businesses to charge for plastic bags, and many have banned their use outright.

“Other countries were ahead of us,” concedes Doi, adding that the policy in Japan “will be introduced in 2020, at the earliest.”

So far, the proposals also lack any specific measures on limiting other types of single-use plastic waste, such as straws or cups.

With the national government moving slowly, local governments and businesses in Japan have in some cases taken up the mantle themselves.

The town of Kamikatsu near Kyoto has set a goal of zero plastic waste by 2020, while Kyoto city has long required large retailers to charge for plastic bags.

At a supermarket in Makuhari, east of Tokyo, customers line up with their groceries and reusable shopping bags.

The store belongs to the Aeon group, which since November 2013 has been charging customers for plastic bags at all 1,631 of its large supermarkets.

“Most customers understand the purpose of it and bring their own bags, and if they forget to, they are willing to pay a little bit for a plastic one,” said Haruko Kanamaru, division manager of Aeon’s corporate social responsibility unit.

Customers who request a bag can pay five yen ($0.05) to receive a biomass bag that is biodegradable.

Kanamaru said the firm estimates the policy saved 270 million plastic bags in 2017, though customers can still use smaller plastic bags for fruit and vegetables and cold items free of charge.

“About 80 percent of customers now bring their own bags or turn one down,” she told AFP.

Yumi Takahashi is one of those consumers, and says she now tries to keep a reusable bag with her whenever she is out.

“It takes only a little effort to not use plastic bags and plastic items,” she said, explaining her shock at seeing images of marine life suffering the effects of such litter in the ocean.

But Kanamaru said not everyone felt the same.

“Some customers actually left and said they would shop elsewhere,” she said.

“So it’s time for the government to introduce this system across all businesses… Not 100 percent of customers will accept this system if only Aeon does it,” she added.

A key obstacle, activists say, has been the association representing Japan’s ubiquitous convenience stores, which are sprinkled across every block of the country’s major cities.

When Tokyo’s local government wanted to ban free plastic bags in the city, the association strongly opposed the plan and it was dropped, said Kenji Ishihara, a campaigner with Greenpeace Japan.

“That was a very symbolic case showing that the association has a very strong economic and lobbying power,” he said.

Greenpeace and other environmental NGOs want Japan to commit to the bolder goal of reducing plastic waste by 50 percent by 2030 and more concrete measures including bans on single-use plastics.

Ishihara said while public awareness about plastic waste is growing in Japan, the country’s famed waste sorting and pristine streets had the effect of “hiding” the scale of the problem.

He praised a decision by Japan’s government in February to ban plastic straws and cutlery in its cafeterias, but said the country was still lagging behind other nations.

“The Japanese government needs more ambitious goals if they truly want to lead the G20 summit,” he said.

“The current proposals are not enough.” /kga