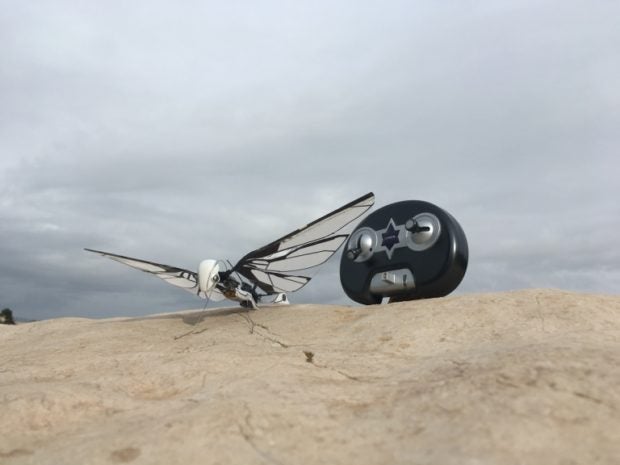 MetaFly, for the moment, can be found on the platform Kickstarter. Image: Courtesy of BionicBird via AFP Relaxnews

Marseille, France-based startup Xtim’s new creation, the MetaFly is directly inspired by nature and bird flight. Unlike conventional drones, it does not function with rotors, nor is it designed for taking pictures but to “experience flight.” This project can be exclusively found (and supported) on the crowdfunding platform Kickstarter.

The specific source of inspiration for this radio-operated flying insect was the flapping of butterfly wings. Capable of being maneuvered for up to 100 meters, the MetaFly weighs less than 10 grams, with a wingspan of 29 centimeters and can rapidly reach 20 kilometers per hour. The design is essentially crash-resistant thanks to its carbon fiber wings and elastic legs which help it to land upright. According to its inventors, the MetaFly has an autonomy of just eight minutes but a battery that is capable of recharging in less than 15 minutes.

MetaFly is led by Edwin Van Ruymbeke, who, in 2014, successfully crowdfunded a similar venture, the spectacular Bionic Bird. CE/JB