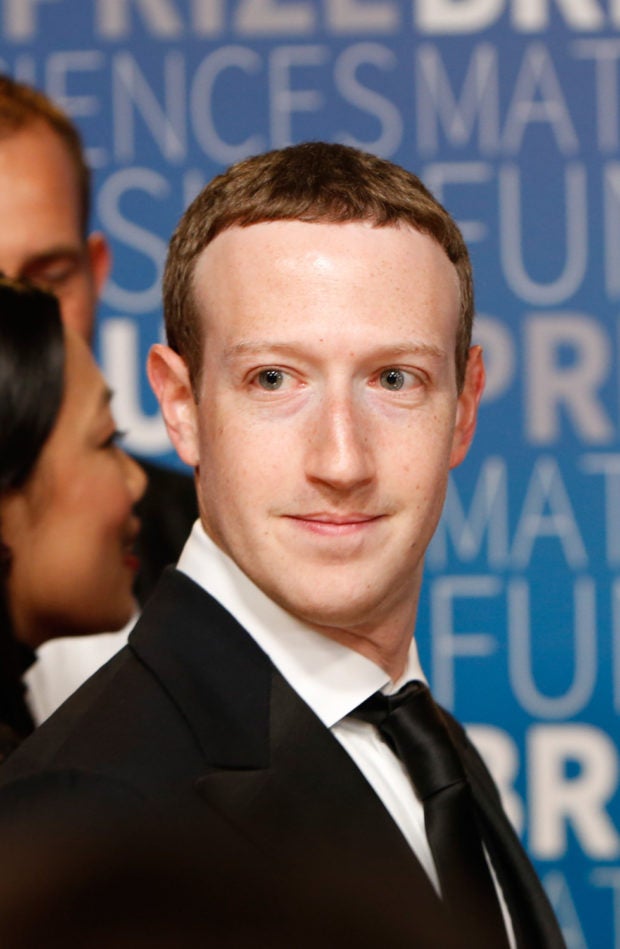 Here are key questions about the latest proposal from Facebook:

The leading social network wants a single set of rules on content to avoid running afoul of national requirements to remove “hate speech” or inappropriate content, kicking responsibility to a to-be-determined entity to avoid being accused of censorship.

Zuckerberg said in a weekend post that “a common global framework” rather than country-by-country regulation “will ensure that the internet does not get fractured, entrepreneurs can build products that serve everyone, and everyone gets the same protections.”

The Facebook chief says that the US and other countries “should build on the protections” offered in Europe’s General Data Protection Regulation (GDPR), but stopped short of offering specifics. He did say any plan should not require data to be stored locally, “which would make it more vulnerable to unwarranted access.”

The latest proposals appear to go a step beyond Zuckerberg’s call last year for a “supreme court” to make decisions on questionable content.

Analysts say Facebook desperately wants to avoid being the final arbiter for what is allowed or removed — which would put the platform in a difficult position each time there is controversy.

“By calling for some global regulations, he is acknowledging that reality, but seeking to direct regulation in unobtrusive ways. He is hoping for mild reforms that don’t disrupt the Facebook business model and endanger ad revenues.”

Adam Chiara, a professor of communication at the University of Hartford, said regulations may end up helping giants like Facebook which have the resources to comply.

“Other smaller tech companies may not have the means to adhere to strict regulation,” Chiara said.

“So in a sense, strict regulation could, ironically, be good for Facebook now since they had years to build an empire with little oversight.”

How could a global system work?

Internet regulations vary considerably by country, with what is considered hate speech in some countries is protected in the US and elsewhere.

Similarly, there are vast differences on how private user data is collected and used is different parts of the world, with GDPR rules among the strictest.

Lee McKnight, a Syracuse University professor of information studies, said some activists for more than a decade have been calling for a global convention of sorts that could set rules for online content.

“These platforms transcend individual nation states, so there is a logic to addressing them globally,” said McKnight, who argued for a system like the international Law of the Sea.

“However, to implement anything like that could be a decade-long process — if they had started 10 or 15 years ago we would be in a better spot today.”

It would be challenging to harmonize rules while enabling Facebook and other online firms to use “targeted” advertising, which is the business model for these companies.

“A good start would be a federal privacy line United States,” said

Nuala O’Connor, president of the Center for Democracy & Technology, a digital rights group, says a good start would be passage of an internet privacy law in the United States.

“At present the US has been only a marginal player in the conversation around global data protection law, and should come to the table with a meaningful, comprehensive approach that allows new technologies to flourish, while ensuring that the digital dignity of the individual is protected.”

Skeptics say Facebook is seeking to buy time amid calls for tougher regulation in the US and elsewhere — with some calls to break up major tech firms and other activists questioning whether they should maintain immunity from liability for content posted by users.

“Zuckerberg’s comments were not surprising given the mounting public pressure and looming fines and penalties,” said David Carroll, a professor at the Parsons School of Art & Design of The New School who follows social media.

“Feels like it’s a good strategy to soften the blow.”

“It’s not  just a problem of one company,” said Anjana Susarla, a professor of information systems at Michigan State University.

“Maybe we cannot resolve all those issues but we need to establish some framework and Mark Zuckerberg has taken the first step.”

McKnight said it would be too cumbersome for governments to try to come together on regulations, and that there is no real alternative to social platforms monitoring in compliance with laws around the world.

“They have to enforce the rules. It will be a pain for them but they are making profits on this,” McKnight said.