EDM could save lives: Skrillex song can act as mosquito repellent, says study 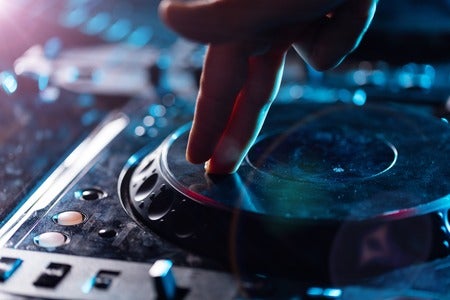 Electronic dance music (EDM) could possibly save lives as it has been found that exposure to dubstep artist Skrillex causes dengue vector mosquitos to suck less blood and reproduce less, according to a recent study.

The team of insect researchers studied the effect of the EDM song by dividing the mosquitos into two groups: one that listened to Skrillex and one that observed silence. They discovered that in the music-on group, the mosquitos responded slower and sucked less blood of the host, which was a hamster in a cage.

It was also observed that the mosquitos who listened to Skrillex copulated five times less often than those who were in a silent environment. This could be due to the distraction that the music causes when the mosquitos try to synchronize.

“For mating to occur, courting partners must adjust their flight tones to produce a common frequency,” the authors explained in the study.

The dubstep hit was used in the study because of its loudness and pitch, which are “two factors considered to contribute to noisiness.”

A previous study involving rock song “Back in Black” by AC/DC, which reduced prey feeding by lady beetles, was also cited in the journal.

The authors suggest that this newfound EDM exposure method could be used as an alternative mosquito repellent instead of insecticides.

“As music is loved by many people, the development of music-based anti-mosquito control measures may represent an appealing alternative to strategies involving the use of harmful chemical insecticides,” the study concluded. Casey Eridio/JB

Is your house a breeding place for dengue mosquitos?