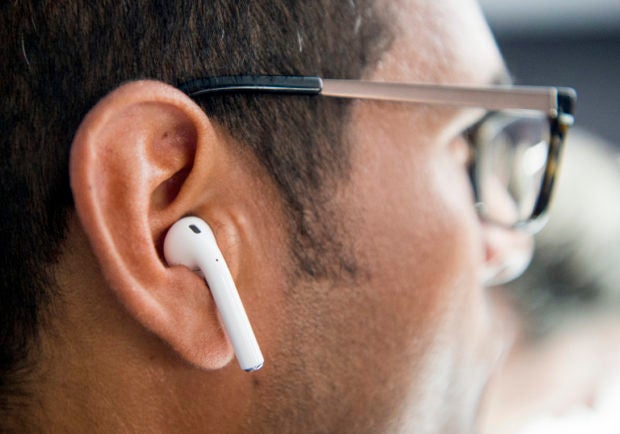 Amazon.com Inc. is speculated to be developing a set of Alexa-enabled truly wireless earbuds that will “look and act” like Apple AirPods but with higher audio quality, Bloomberg reported on Thursday. Like AirPods, they will supposedly sit in users’ ears without any sort of clip.

According to Bloomberg’s unidentified sources, the upcoming product “is one of the most important projects at Amazon’s Lab126 hardware division.” Previously, it was reported that the lab is also working on an Alexa home robot code-named Vesta.

The Amazon earbuds in development will have the same skills as Alexa-enabled home devices including allowing owners to order goods, play music, ask about the weather and more — all by voice. Furthermore, they will support various physical gesture controls like tapping to answer a call, though they will not come with cellular connectivity; the earbuds will have to be paired with phones.

Like the most recent rendition of the AirPods, Amazon’s are expected to come with a case that can charge the earbuds.

The sources say that Amazon has been in search of suppliers and manufacturing partners for the past couple months.

Depending on the generation, AirPods retail for either $159 (about P8,200) or $199 (around P10,300), and are only available in white. As with most Amazon hardware, these earbuds will probably cost less than Apple’s and will come in more color options, perhaps black or gray. CE/JB