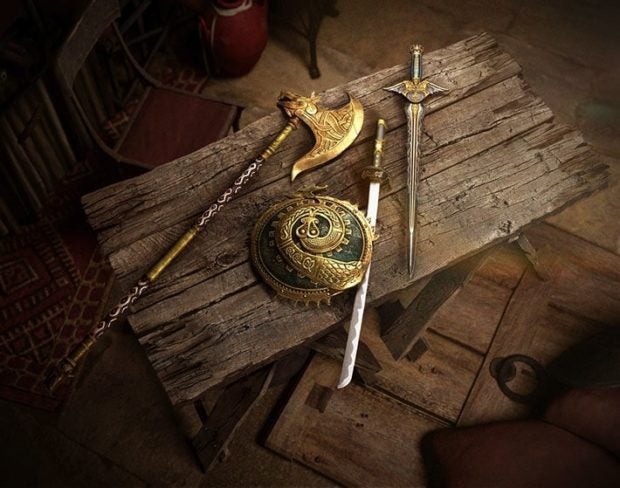 An otherwise innocuous piece of background art in March computer and console game “Tom Clancy’s The Division 2” lends weight to an existing rumor that a future “Assassin’s Creed” game will be set in Viking times.

As brought up by a user of the Assassin’s Creed Fandom wiki, a poster found within “The Division 2” recreation of Washington D.C. depicts a Nordic warrior holding a pole in one hand and a golden sphere in the other.

The poster is entitled “Valhalla”, emphasizing its Viking connections.

The sphere is identical to a recurring piece of “Assassin’s Creed” iconography, the Apple of Eden, and could strengthen suscpicions that Ubisoft is developing a Viking-themed entry to the franchise, or merely represent acknowledgement of an existing fan theory.

In February 2018, an ex-Ubisoft concept artist had been found having posted Viking-themed artwork to their online portfolio.

One of those images, since removed, had a filename that contained the string “assassincreedragnarok,” though both artist and publisher said it was for a personal project.

The “Assassin’s Creed” franchise is to skip 2019, with Ubisoft thought to be preparing a new game for the military stealth series “Splinter Cell” as well as a third “Watch Dogs” release. CE/JB