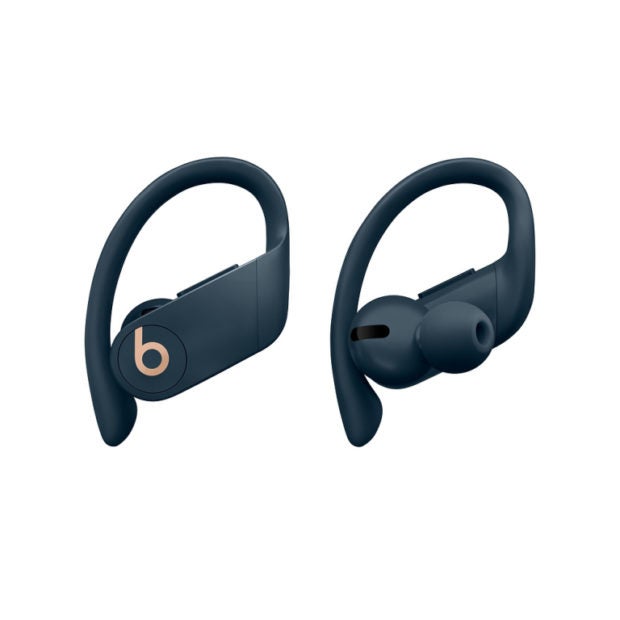 In collaboration with Apple, Beats has presented its Powerbeats Pro, a brand-new wireless headphones, for use at home, work or during exercise.

The Powerbeats Pro are 23% smaller than current-generation Powerbeats and 17% lighter. These wireless headphones charge directly in their case, and are also resistant to water and perspiration. Also included are four different bud sizes and a redesigned, adjustable earpiece. They feature an ambidextrous design, with the same volume and track controls integrated into each earpiece. With phone calls, they can identify voices and automatically filter external sounds such as wind and ambient noise.

The headphones automatically light up when taken out of the box, and switch off (and charge) when put back in. Each earpiece has up to nine hours of listening time, with playback of up to 24 hours with the charging case.

These new-generation wireless Powerbeats include the new H1 chip by Apple. The headphones are of course also compatible with iOS and Android devices.

The Powerbeats Pro will be available from May 2019 in around 20 countries, including the United States, priced from $249.95 (about P13,000). They will then be gradually released worldwide. CE/JB

Apple’s next HomePod is a cheaper Beats version, says report