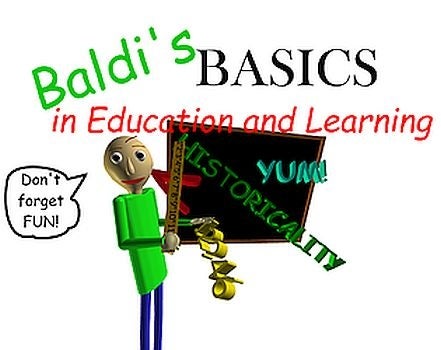 “Baldi’s Basics in Education and Learning” made a comeback after its remarkable first run starting on April Fools’ 2018. Image: mystman12 via AFP Relaxnews

Having debuted in November 2016 as a work in progress, “TABS” allowed players to crash-test elaborate or just plain ridiculous battlefield face-offs and revel in the results.

Positive impressions from some of YouTube’s biggest variety gamers followed, with Markiplier, Jacksepticeye, DanTDM, Jelly and H20Delerious all clearing 5 million views, “TABS” lending itself perfectly to uproarious and gleeful coverage.

It became the Steam store’s fourth bestselling title for the week, as measured by revenue, all the more impressive given a relatively inexpensive price of $14.99 (about P780).

Similarly, “Baldi’s Basics in Education and Learning” made a comeback after its remarkable first run starting on April Fools’ Day in 2018.