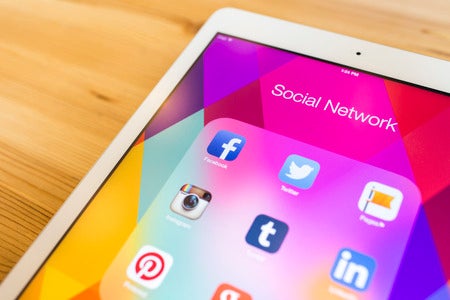 A father in the United States may have learned to keep an eye out on his kid when he uses technology.

Writer Evan Osnos shared on Twitter Sunday, April 7, that his 3-year-old tried to unlock his iPad. But because of his child’s too many failed attempts, Osnos got locked out of his device.

“Uh, this looks fake but, alas, it’s our iPad today after 3-year-old tried (repeatedly) to unlock,” he tweeted. He also asked his followers how to help him out.

However, he may have to wait longer than 30 seconds to unlock his device again. Based on his attached photo, Osnos may try to access his iPad again in 25,536,442 minutes—the equivalent of 48 years or until the year 2067.

Several people tried to help the man out with his problem, while others had humorous responses. Software engineer Grady Booch told Osnos to “reboot” his 3-year-old, instead of his device.

Meanwhile, Ron (@2obvious2) suggested that the writer should wait for the 48 years to have it unlocked again.

And Xavier Brochart (@xbrochart) wanted to help Osnos out, giving him a step-by-step instruction to fix his disabled device.

Luckily, Osnos got it all worked out when he gave his followers an update. “Got it into DFU (Device Firmware Upgrade) mode (don’t hold down the sleep/power button too long or you end up in recovery),” he tweeted on Tuesday, April 9. “Now restoring. Thanks to those who shared advice!”

Update on toddler-iPad-lock-out: Got it into DFU mode (don’t hold down the sleep/power button too long or you end up in recovery). Now restoring. Thanks to those who shared advice!

While it all turned out okay in the end, Osnos’ tweet became viral with 2,700 retweets and 11,000 likes as of this writing. /ra