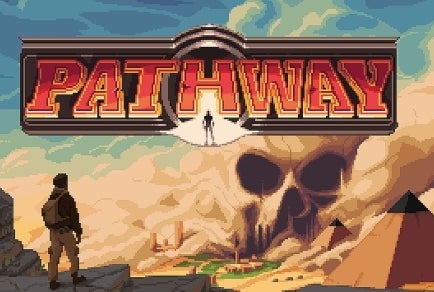 Prevent ancient treasures from falling into the wrong hands in “Pathway”. Image: Robotality/Chucklefish via AFP Relaxnews

For Nintendo Switch from April 12

Nintendo’s range of self-assembly cardboard controller housings extends into VR with a pair of virtual reality goggles, various accessories and over 60 mini-games that range from ocean safaris to a VR garage. A week later, full compatibility with “The Legend of Zelda: Breath of the Wild” and a special “Super Mario Odyssey” mode will be out as well.

For PlayStation 4, Xbox One and Windows PC (Epic, Humble), out now

Drive at breakneck speeds, slam into rivals to crash them and increase your boost, and contend with their wreckage on the next lap. If it sounds a lot like classic arcade racer “Burnout”, that is because it is made by some of the series’ veterans.

For Windows PC, Mac and Linux, out April 11

Silly near-future robot’s vision of what it is like to be a human and take time off. Play at the beach, sunbathe, go on a hike, make ice sculptures, dress a snowman and more — all in aid of creating real vacation memories.

for PlayStation 4, Nintendo Switch, Xbox One and Windows PC, out now

Tackle injustice in the courtroom and at the crime scene in Phoenix Wright’s original escapade plus sequels “Justice for All” and “Trials and Tribulations”, originally released on Nintendo 3DS.

“The Mystery of Woolley Mountain”

For Nintendo Switch, Windows PC and Mac, out now

Lead your crew of renegade scientists on a retro-style, time-traveling adventure to rescue a group of kidnapped children from the evil witch of Woolley Mountain. CE/NVG