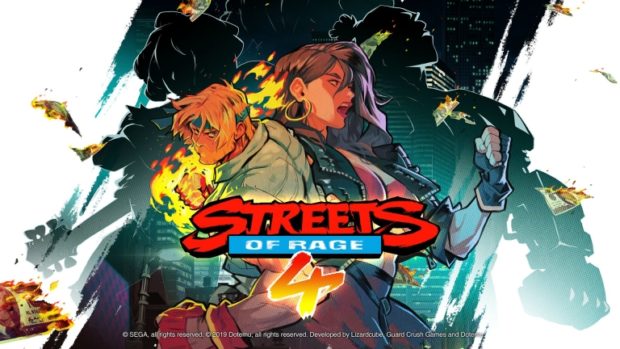 “Streets of Rage 4” is inching towards release, with two more player characters to be revealed. Image: DotEmu/Lizardcube/Guard Crush Games via AFP Relaxnews

Five of this week’s trailers that were not for “Borderlands 3” by turns prompt us to anticipate April’s first leg of the “Fortnite” World Cup, holding on to friends in silly route-finding adventure “Heave Ho”, piece together the truth in “Telling Lies”, cure patients using quack medicine in “Astrologaster” and deliver rough justice in “Streets of Rage 4”.

One of the world’s biggest games begins its open tournament starting April 13 with 10 weeks of $1 million-qualifiers. The $30 million-finals then take place July 26 to 28 in New York City.

Swing, fling and soar to victory as a solo player or in a group of up to four, grabbing arms and saving one another from a long drop. Quite a change in tone from the studio behind punch ’em up “Mother Russia Bleeds”. This comes mid-2019 for Nintendo Switch.

Private lives and little lies converge in this interactive, investigative thriller. Due 2019 on mobile and personal computers.

Set in Shakespearean London, players have to use the then-latest innovations in medical astrology to cure his varied range of patients as Mister Forman waits to gain his medical license. It will be out on May 2 on iOS and May 9 on Mac and PC.

A new look for an arcade beat ’em up classic, swapping 1990s pixel style for anime-style shading but with the same familiar sound effects in place. Two legacy characters, Alex and Blaze, feature in a trailer whose closing moments tease the addition of a pair of new vigilante fighters. Date and platforms to be announced. CE/JB