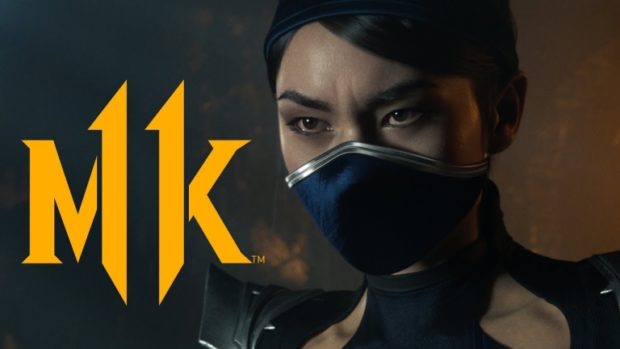 Fight the dimension’s best warriors in “Mortal Kombat 11”, fires ridiculously in “Embr” and your friends in “Tiny Tanks”; build friendly community farms in “Staxel”, a red planet that can support life in “Surviving Mars: Green Planet” and colony of pirates in “Atlas”.

Between its 2018 early access debut and April 11, the “Minecraft”-derived village farming simulator “Staxel” has added a ton of stuff including story quests, festivals, roommates and new locations. Available now on personal computers (PC) with console versions a possibility for the future.

Sumo meets mobile infantry as up to eight players try to blast each other off the surface of a destructible play area. Shoot with oversized bullets, lay landmines and avoid the volcano through 20 customizable game modes. Available for PC, with Mac and Linux editions to follow.

What if, instead of requiring professional emergency services personnel to know their tasks inside out, we let any old Tom, Dick or Harry have a go with minimal supervision? Well, then maybe it is time to be a hero. Due late 2019 in early access on PC ahead of a mid-to-late 2020 release.

An inhospitable atmosphere, cold temperatures, frozen water and a complete lack of vegetation make Mars a difficult place to call home — it is one planet which, unlike Earth, would actually benefit from global warming. Or would it? An expansion for “Surviving Mars”, coming soon to PC, Mac and Linux.

Readying for launch on April 23 across PlayStation 4, Xbox One and Windows PC (the Switch edition is due May 10), the bone-crunching, flesh-squishing fighting game franchise, notorious for its graphic nature, adds three new characters to its roster and welcomes back a ton of old favorites including Scorpion, Sonya Blade, Raiden and Johnny Cage. CE/NVG