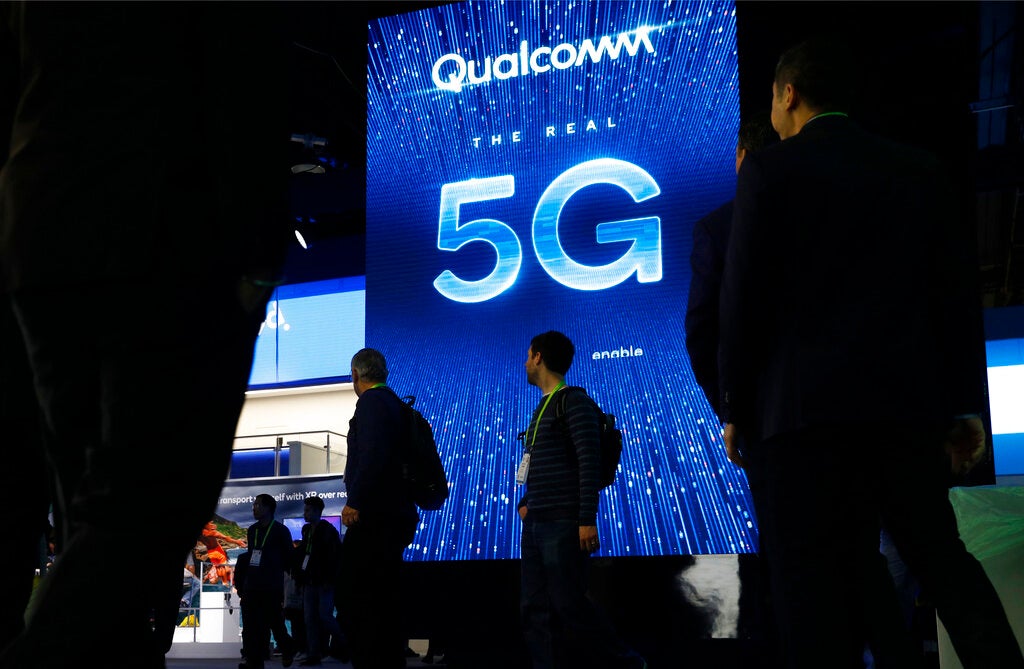 SAN FRANCISCO — Apple and mobile chip maker Qualcomm have settled a bitter financial dispute centered on some of the technology that enables iPhones to connect to the internet.

The surprise truce announced Tuesday came just as the former allies turned antagonists were facing off in a federal court trial that was supposed to unfold over the next month in San Diego. The resolution abruptly ended that trial, which also involved Apple’s key iPhone suppliers.

Investors reacted as if it were a resounding victory for Qualcomm. The San Diego company’s stock soared 23% to close Tuesday at $70.45. Apple shares edged up 2 cents to $199.25.

Neither Apple nor Qualcomm would comment beyond a brief statement announcing they had resolved their differences. Details about how much Apple and its iPhone suppliers will be paying Qualcomm could emerge in court documents or when the companies announce their latest financial results. Apple is due to report its quarterly results on April 30 while Qualcomm is scheduled to release its numbers on May 1.

Apple had been seeking at least $1 billion for money that Qualcomm was supposed to rebate as part of an earlier licensing agreement. Apple had begun to have misgivings about that deal as it added more features to its increasingly popular line-up of iPhones.

Qualcomm was seeking $7 billion for unpaid royalties it contended it was owed for its patented technology in the iPhone. Apple’s iPhone suppliers, including Foxconn and Pegatron, wanted another $27 billion from Qualcomm.

“Both Apple and Qualcomm got deeper into this than they wanted to,” Moorhead said.

Apple had already lost an earlier battle with Qualcomm last month when a federal court jury in San Diego decided the iPhone maker owed Qualcomm $31 million for infringing on three of its patents.

Qualcomm still faces other potential fallout from its demands to be paid royalties in addition to the fees it charges for its mobile chips. The Federal Trade Commission has accused the company of using its royalty system to stifle competition in the mobile chip market in another case in which Apple played a central role.

A trial about the FTC’s lawsuit wrapped up in a San Jose, California, court in January, but the judge still hasn’t issued a ruling.