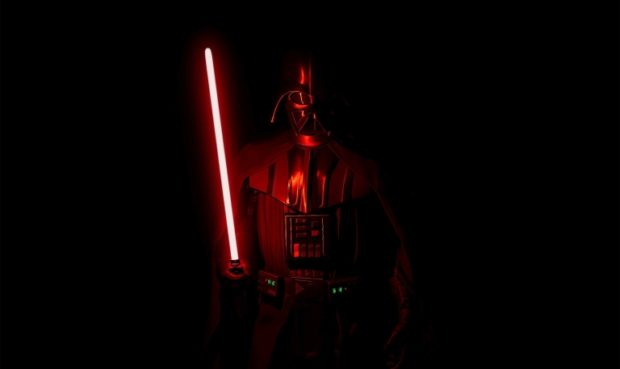 As with the original trilogy of ‘Star Wars,’ Darth Vader’s presence looms throughout “Vader Immortal”. Image: ILMxLAB via AFP Relaxnews

As a trainee incarcerated inside Darth Vader’s fortress, “Vader Immortal” players are faced with the prospect of taking part in a targeted strike against the powerful Dark Lord, while being developed as an apprentice by Vader himself.

Though “Vader Immortal” was not given a release date at its Star Wars Celebration debut, the Rift S and Quest visors are expected to launch during Facebook’s two-day F8 2019 conference, running April 30 to May 1.

The multi-part Vader VR project coincides with a general intensifying of interest in the “Star Wars” franchise as sequel trilogy closer “Episode IX: The Rise of Skywalker” approaches its December 2019 theatrical release.

Aside from a 10-minute “Star Wars” VR experiences “Trials on Tatooine” and “Droid Repair Bay”, Industrial Light and Magic division ILMxLAB had previously co-created Florida’s Walt Disney attraction “Star Wars: Secrets of the Empire”, in which participants attempt to steal Vader’s new lightsaber before it reaches its destination. Like “Vader Immortal”, it was set on the lava planet Mustafar.

The “Vader Immortal” story mode, written by David S. Goyer of the “Dark Knight” Batman trilogy and “Star Wars: Secrets of the Empire”, is to run between 45 minutes and an hour in length, with a Lightsaber Dojo offering open-ended play.