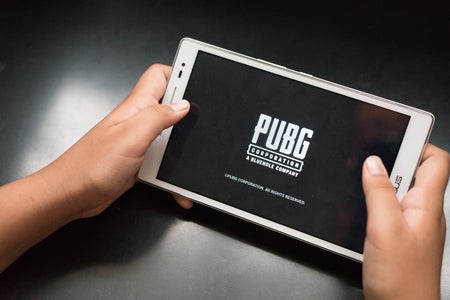 Often likened to the blockbuster book and film series “The Hunger Games”, PUBG game pits marooned characters against one another in a virtual fight to the death.

It is ubiquitous in Iraq, which has been ravaged by decades of consecutive conflicts — most recently the three-year battle against the Islamic State jihadist group.

Specifically naming PUBG and its rival Fortnite, among others, lawmakers said the games “threaten social security, morals, civics and education” in Iraq society.

They asked Iraq’s communications ministry and media commission to block access to the games, although a full ban will need approval by cabinet.

Iraqi media had, for months, alleged that addiction to playing PUBG had caused marital disputes and even divorces.

RELATED TOPICS
The 5 Best Games for PC – Did Your Favorite Make The List?
The New Video Game Frontier: From Streaming to Subscriptions
Google Moves Toward Game Streaming

But the vote was met with sarcasm online.

“It turns out video games are the reason for violence in Iraq,” wrote Twitter user Rayan al-Hadidi.

Another, Mustafa Imad, wrote: “The biggest danger Iraq faces isn’t video games, but the corrupt people that rule us today.”

PUBG, by South Korean firm Bluehole Inc, has been downloaded more than 360 million times around the world since its release in late 2017.

Nepal and India’s western Gujarat state have also banned the game after concerns over its impact on the young.

Around 60 percent of Iraq’s nearly 40 million people are under the age of 25 and the population is set to grow by another 10 million before 2030.

Since 1980, Iraq has suffered wars with Iran and Kuwait, a crippling international embargo, the US-led invasion that toppled Saddam Hussein and years of sectarian bloodshed.