Windows could bring phone notifications to your PC 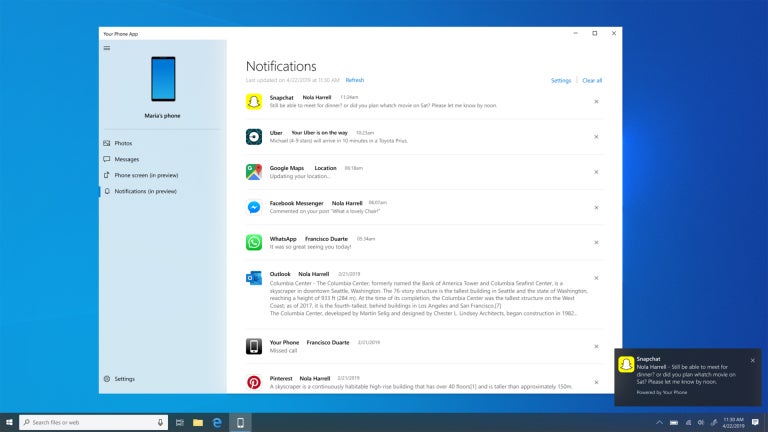 With Windows 10’s latest build, Windows Insider software testers can get notifications for their Android devices sent to their computers via the Your Phone app.

The app was originally launched last year and allowed users to text and access their smartphone’s pictures through a PC. However, the company is experimenting with a new feature for the application called Notifications, which would allow users to receive phone notifications right to their desktops, as well.

Notifications is currently available within Windows Insider Build 18885 and lets testers receive notifications from apps like WhatsApp, Snapchat and Uber in real time. Furthermore, you can customize which notifications are sent to the desktop. If you dismiss a notification your PC, it’s dismissed on your phone and vice versa.

As the feature is in testing, some issues are already known: according to Microsoft, some notifications do not appear automatically, requiring users to hit the refresh button to see them. Additionally, notification responses are not yet supported.

Notifications will become available to the Your Phone app over the next couple of days. The feature only works with Android phones for now. JB