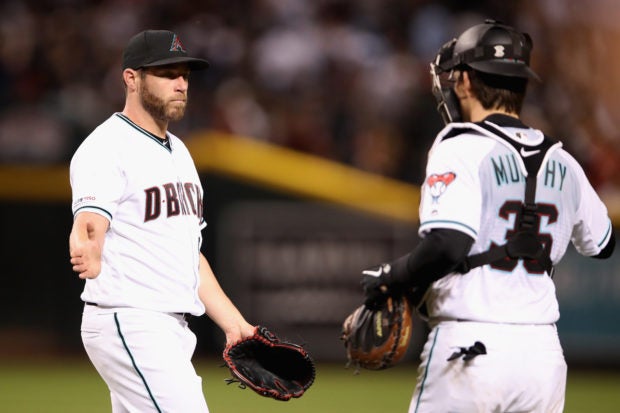 Relief pitcher Greg Holland #56 of the Arizona Diamondbacks celebrates with catcher John Ryan Murphy #36 after defeating the New York Yankees in the MLB game at Chase Field on April 30, 2019 in Phoenix, Arizona. AFP

They will be available in most countries, including the US, except places where existing broadcasters have deals with the MLB that exclude YouTube access.

“With Major League Baseball’s expanding international fanbase, we are confident YouTube’s global audience will bring fans around the world together in one place to watch the games and teams they love,” said Timothy Katz, YouTube’s head of sports and news partnerships.

The agreement hints at a renewed appetite for live sports at YouTube, an area in which other internet giants, including Facebook, Amazon and Twitter, are also slowly staking claims.

In 2018, YouTube broadcast professional soccer matches from Brazil, available to internet users in several countries in Europe and Asia.

Such initiatives are separate from YouTube TV, the live channel package that launched in the US in 2017, which offers original programming in addition to traditional channels — and has online broadcast agreements with three Major League Soccer clubs.