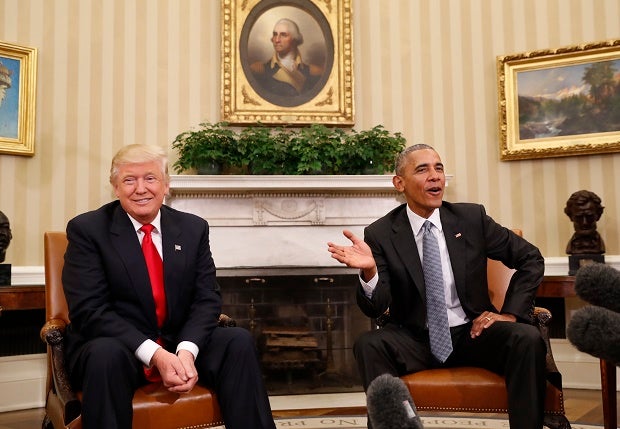 NEW YORK — Former US president Barack Obama and his wife Michelle are producing for Netflix an adaptation of Michael Lewis’s book “The Fifth Risk,” a critique of Donald Trump’s rise to power.

The video-on-demand platform announced a year ago that the former first couple had entered into a multi-year agreement to produce films and series with Netflix.

On Tuesday, Netflix unveiled the initial projects for Higher Ground Productions, Obama’s production company in partnership with the streaming service.

Among them is the adaptation of Lewis’s book in “non-fiction” form, Netflix said in a statement.

"The Obamas have formed a company called Higher Ground Productions" – Imitation is the sincerest form of flattery!! https://t.co/WOEQc7pKCS

The series “will aim to portray the importance of unheralded work done by everyday heroes guiding our government and safeguarding our nation,” it said.

Several of Lewis’s books have already been adapted for cinema, including “The Big Short: Inside the Doomsday Machine.”

His latest work, published last year, describes the inner workings of the US government while offering a very critical picture of President Trump and his team.

It portrays an elected president who has not prepared anything for his arrival in office and is only moderately interested in the notes, briefings and communications of government officials trying to help.

The book also highlights the many presidential decisions seen as questionable in putting together the administration, with the one-time real estate magnate quick to install people with no prior relevant position in key positions.

Higher Ground is producing an adaptation of The New York Times feature “Overlooked,” which publishes obituaries on historical figures whose death was not reported at the time, mainly because they were women or minorities.

The production company — led by two women, Priya Swaminathan and Tonia Davis — is also tackling a feature film on Frederick Douglass, a African-American slave who went on to play a leading role in abolitionism.