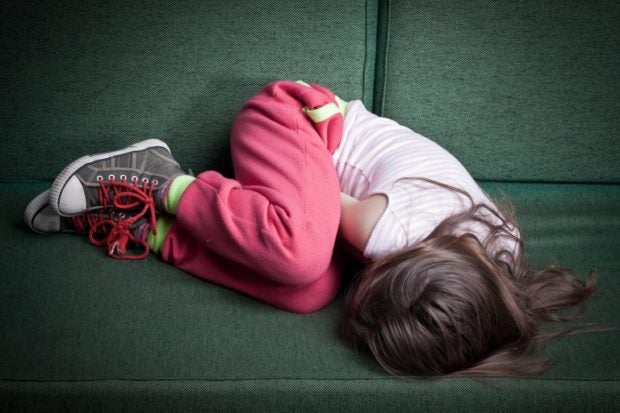 Stress suffered before the age of three could have a much larger impact than stress experienced between the ages of five and seven. Image: Shutterstock/Giulio_Fornasar via AFP Relaxnews

A new study revealed that repeated exposure to stress factors such as poverty, family instability and abuse in children under three years old could have harmful effects on their mental health in later years.

Previous studies carried out on animals and in humans revealed that difficulties in early life could have lasting effects on the epigenome, the chemical compounds that alter and control gene function and the expression of DNA.

The research revealed differences in the level of DNA methylation — a chemical modification by the action of molecules able to stimulate or silence genes — between individuals who had encountered particularly difficult situations in their first years and others.

For this new study, published in Biological Psychiatry, researchers at Massachusetts General Hospital (MGH) analyzed the data of a sub-group of over 1000 pairs of mothers and children chosen at random from the Avon Longitudinal Study of Parents and Children, carried out in the United Kingdom on a group of families since the beginning of the 1990s. Parents gave information on the health and daily lives of their children, from birth up to the age of seven.

Poverty had the greatest impact

Stress factors experienced before the age of three had a much greater impact than those experiencd between the ages of three and five, or five and seven, the study revealed. Exposure to stress was generally associated with increased methylation, causing a reduction in the expression of specific genes. Living in poorer or run-down areas seemed to have the greatest impact, ahead of familial financial stress, sexual or physical abuse and growing up in single-parent families.

“These findings suggest that the first three years of life may be an especially important period for shaping biological processes that ultimately give rise to mental health conditions,” explained study author Erin Dunn from the Psychiatric and Neurodevelopmental Genetics Unit in the MGH Center for Genomic Medicine.

While events experienced in early childhood had the greatest adverse effects, difficult circumstances experienced at a more advanced age are also not without consequence, the scientists noted.

“Our results need to be replicated by other investigators, and we also need to determine whether these changes in DNA methylation patterns are associated with subsequent mental health problems. Only then will we be able to really understand the links between childhood adversity, DNA methylation and the risk of mental health problems,” Dunn said. CE/JB

Children not enrolled in pre-school face inequalities early in life