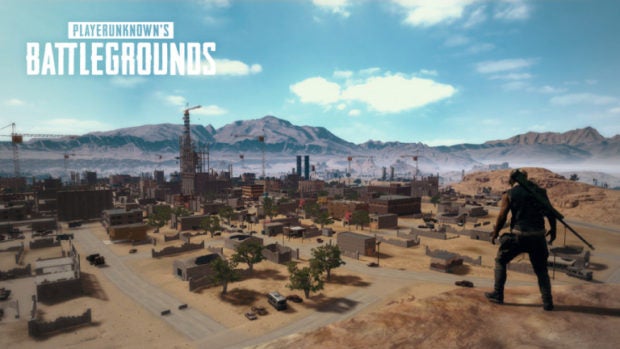 Chinese tech and games giant Tencent on Wednesday, May 8, ceased offering the hugely popular multi-player combat game “PlayerUnknown’s Battlegrounds” which has been targeted for bans in three other countries.

Often likened to the blockbuster book and film series “The Hunger Games”, “PUBG” pits marooned characters against one another in a virtual fight to the death, and has become one of the world’s most popular mobile games.

But authorities in Iraq, Nepal and the Indian state of Gujarat have moved to ban it over fears that it incited violence.

Tencent had been offering a mobile version of “PUBG Mobile” — which is published by a subsidiary of South Korean firm Bluehole — for about a year.

But a posting on the game’s official account on China’s popular Weibo platform said “testing” for “PUBG Mobile” ended Wednesday, an apparent indication that Tencent failed to win approval from Chinese authorities to offer it permanently. Instead, it directed users to a newly launched and nearly identical Tencent-licensed title called “Game for Peace”.

A separate Tencent posting said “Game for Peace” designers sought advice from China’s air force in developing the game, which may have helped it to win approval. AFP was not immediately able to reach Tencent for comment.

Tencent has been rattled by a Chinese government crackdown on gaming launched last year that has choked off game approvals.

Smartphone-based gaming has surged in popularity in China, particularly violent multi-player titles like “Honor of Kings”, making China the game industry’s biggest market. But official concerns over gaming addiction prompted the government last year to impose new controls such as limiting the number of new releases, and safeguards that reduce playing time for underage gamers.

The crackdown shaved around $250 billion off the company’s stock market value by late last year, though shares have largely recovered as some game approvals subsequently resumed.

The China gaming industry had been watching to see whether Tencent would gain approval to permanently offer “PUBG Mobile” due to its potential to generate big profits for the company.

But Tencent’s Hong Kong-listed shares rose 1.05% on Wednesday, with analysts saying “Game of Peace” will give the company something to monetize in place of “PUBG Mobile”. CE/JB