The Role of Natural Gas in the Shift to Green Energy

Fossil fuel is a term used to describe a group of energy sources that were formed when ancient plants and organisms (fossils) were exposed to intense heat and pressure over millions of years. Fossil fuels are the world’s dominant energy source, making up 82% of the global energy supply. They continue to power various industries, most notably the electric power, transportation, and the production of consumer products such as paints, detergents, plastics, cosmetics, and some medicines. Considering their massive benefits and uses, fossil fuels have the highest consumption rate in today’s world.

In the Philippines, fossil fuels power 72 percent of our total electricity requirement.

Why is there, then, an urgent and loud global call to abandon fossil fuels and to shift to renewable sources of energy?

Burning fossil fuels releases a large amount of carbon dioxide into the air. In fact, in 2016 alone, 9.9 billion tons of carbon dioxide was pumped into the atmosphere. According to James Hansen, former Director of NASA’s Goddard Institute for Space Studies, “You can’t simply burn all the known fuel fossil reserves in the ground without making a different planet.” 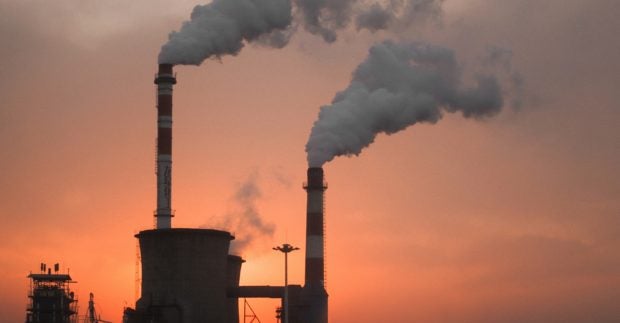 Photo by Alexander Tsang via Unsplash

The presence of high levels of carbon dioxide in the atmosphere results in global warming which, in effect, leads to rapid climate change that induces adverse conditions such as rise in sea levels, extreme weather disturbances, melting of polar ice, ocean acidification, destruction of biodiversity, among others. 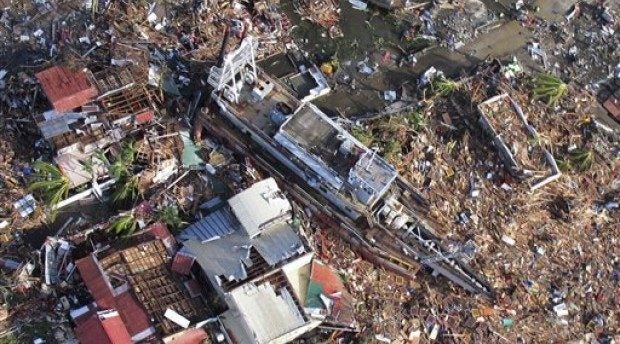 Aerial photo taken on Nov. 9, 2013, and released by the Philippine Air Force, shows the aftermath of the massive storm surge caused by Typhoon Haiyan, in the city of Tacloban, central Philippines. (AP Photo/Philippines Air Force)

Like other developing countries, the Philippines plays a minor role in total global carbon emissions, yet suffers an inordinately major cost. As early as 2009, the World Bank warned that the Philippines, being situated in the Pacific Typhoon Belt, topped the list of countries most vulnerable to climate change.  (Super Typhoon Haiyan, the deadliest Philippine storm ever recorded and one of the most powerful typhoons in world history, could attest to that.)

We are virtually on the brink of a climate inferno, and if we do not address the problems posed by fossil fuels fast, we will be completely scorched.

Is total shift to Renewable Energy (RE) possible?

To reduce carbon emissions and to mitigate the catastrophic effects of climate change, many countries have set a timeline to shut down their fossil fuel power plants, most particularly their coal plants. Germany, one of the top 10 countries in global coal consumption, just recently came out with a proposal on how its country is going to completely end coal-fired power by 2038.

The Philippines, as a tropical archipelago, has the potential to generate a lot of energy from RE sources. We have Hydroelectric power from moving water, Geothermal power from the heat beneath the Earth’s surface, Solar power from solar energy, Wind power from moving air, and Biomass energy from natural resources like bagasse, rice husks, and coconut husks.

According to the Department of Energy, “the available renewable energy sources and their energy potentials are wind power estimated at 76,000 megawatts (MW), hydropower at 10,500 MW, geothermal at 1,200 MW, ocean energy at 170,000 MW, biomass (bagasse) at 236 MW, solar energy at an average of 5 kilowatt-hour (kWh) per square meter per day, as well as the vast untapped potential of micro-hydro power.”

However, there are many challenges that need to be overcome before a complete shift to RE in the Philippines is realized. True, it is clean, sustainable and with minimal (for Geo, Hydro, Biomass) to no fuel cost (Solar, Wind), but its technology is relatively new and may thus be costly and it is also intermittent – at least until the concern of how it can be efficiently stored is properly addressed. Experts say that renewable energy isn’t ready to stand on its own yet. So, while the world is refining the RE technology, we need to find the perfect energy mix that can supply our energy demands while minimizing impact on the environment.

Natural Gas, as the cleanest of the so-called “fossil fuels,” is the perfect complement to Renewable Energy

Natural gas may fall under the encompassing title of Fossil Fuels but, compared with the others, it is much cleaner and is, thus, more environment-friendly. It emits 60% less carbon dioxide, almost 100% less sulfur dioxide, and up to 80% less nitrogen oxide compared to coal plants. Burning natural gas has no harmful by-products such as ash, sludge, or particulate matter. Natural gas plants are also more affordable to construct and operate compared with coal plants, helping make the electricity they produce competitively with that of coal. Natural gas is also efficient, which means that less fuel is needed to generate the same amount of electricity. This helps allow gas plants to generate electricity at affordable costs and with less emissions. Finally, it is fast and reliable. Natural gas plants can start up much faster –up to 500 times– than other fossil fuel plants and can perfectly complement the intermittency of renewable energy.

Energy sources like solar and wind are intermittent as it fluctuates with weather and the daily cycle, causing disruption in electricity generation. Installing more flexible natural gas plants which can turn on and off and adjust to the needs of the grid, can fill in quickly whenever renewable generation slips.

Indeed, because it is clean, affordable, reliable and flexible, natural gas can provide immense help in the transition towards a 100% renewable energy future. 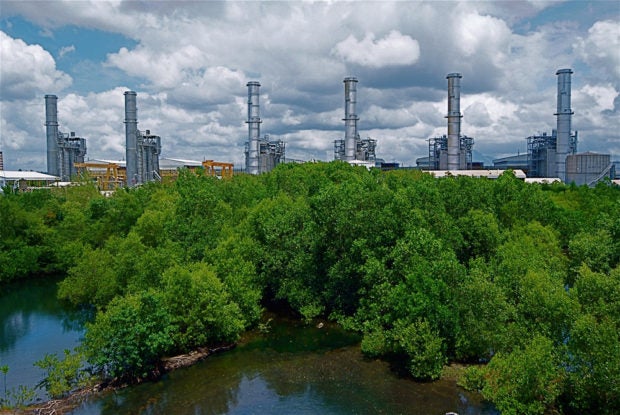 With a total of 4 natural gas power plants, First Gen Corporation is a pioneer and leader in the natural gas industry. It is the only power-generating company of its size that does not have coal power in its portfolio. It is the supplier of 1/5 of the Philippine’s power demand, producing 3,492 megawatts of clean and low-carbon energy.

In 2018, First Gen natural gas power plants helped avoid emissions of about 8 million tons of carbon dioxide into the atmosphere. That is equivalent to removing about 1.7 million passenger vehicles, recycling 2.8 million tons of waste, or planting around 132 million trees over 10 years.

First Gen Corporation has all their natural gas-fired power plants in its Clean Energy Complex in Batangas City: the 1000-MW Sta. Rita, 500-MW San Lorenzo, 414-MW San Gabriel, and 97-MW Avion. Sta. Rita and San Lorenzo helped kick-start the industry by being part of the pioneering capacity that enabled Malampaya; San Gabriel is the most efficient gas plant in South East Asia providing cost-efficient energy to the grid; and Avion is a peaking plant, able to generate full capacity in as little as 12 minutes and provide energy when it is needed the most, with little to no delay.

First Gen was recognized in 2017 by ADEC Innovations as the “Green Company of the Year,” as the company aims to head towards 100% renewable energy, with its gas portfolio playing a key role in supporting the RE future. INQUIRER.net BrandRoom/LA