The Nation to cease print edition and focus on digital market 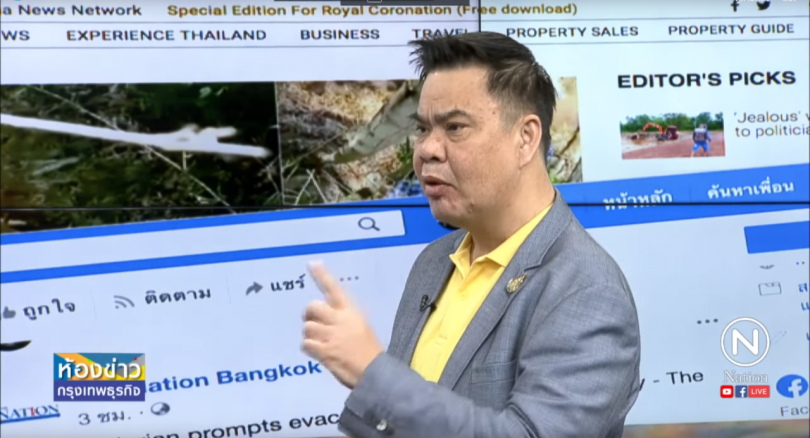 BANGKOK– The Nation newspaper will stop its print editions and go fully online from July 1, when the independent English-language daily turns 48, to focus more on its core online readers including those based abroad, the top executive of the company that owns the paper said yesterday.

Somchai Meesen, chief executive officer (CEO) of Nation Multimedia Group Plc (NMG), said the decision by the management was aimed at halting The Nation’s financial losses, in addition to expanding its market.

“Over the past five years, The Nation has lost Bt30 million a year on average,” he said.

Citing a survey, Somchai pointed out that only 36 percent of The Nation’s readers are based in Thailand while the remaining 64 percent live overseas, including 25 percent in the United States.

He said that meant most of the newspaper’s readers did not buy its paper editions, and they read its reports and articles from the website and through different digital platforms.

Typical readers of The Nation are aged between 25 and 40, and mostly prefer to read news from smartphones rather than a printed newspaper, he said.

Somchai said that as the market for new media was growing, old media businesses like newspapers were fast declining. This could be seen in the continuing decrease in the advertising budgets for publications – down 20 percent a year on average, compared to an annual 20 percent growth for new media.

“The new management has considered this matter carefully and decided that The Nation newspaper has to change its platform from print media to online, in order to better cater to the target group,” he said.

Somchai added that The Nation’s online edition would also provide an audible version. He also unveiled |plans for a Mandarin version from October “because at present more than 10 million Chinese visit and invest in Thailand”.

He assured there would be no retrenchments due to the change in platform. “The editorial staff and employees of The Nation will continue with their work. There will only be a shift in focus from print to online,” he said.

Somchai blamed NMG’s previous management for its cumulative debt of Bt1.57 billion, which he said “almost bankrupted the Nation Group”. The CEO said the previous management had made a serious blunder in bidding for the Channel 26 digital TV license at a cost of Bt2.2 billion.

“In the fifth decade of operations, Nation Group will focus on our core business – providing news content,” he said.  (Editor: Mike U. Frialde)