Facebook co-founder wants social media giant to be broken up 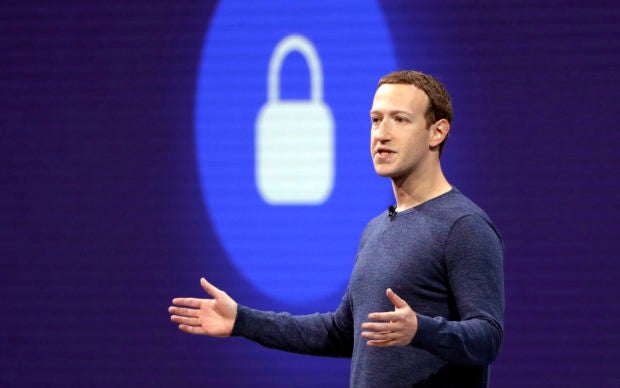 NEW YORK — One of the co-founders of Facebook has called for the social media behemoth to be broken up, warning that the company’s head, Mark Zuckerberg, had become far too powerful.

“It’s time to break up Facebook,” said Chris Hughes, who along with Zuckerberg founded the online network in their dorm room while both were students at Harvard University in 2004.

In an editorial published in The New York Times, Hughes said Zuckerberg’s “focus on growth led him to sacrifice security and civility for clicks,” and warned that his global influence had become “staggering.”

Zuckerberg not only controls Facebook but also the widely used Instagram and WhatsApp platforms, and Hughes said that Facebook’s board works more like an advisory committee than a check on the chief executive’s power.

“But you don’t enforce accountability by calling for the breakup of a successful American company.”

Clegg, a British former deputy prime minister, reasoned that carefully crafted regulation of the internet is the way to hold technology companies accountable, and noted that Zuckerberg has been advocating for just that.

Facebook and its family of services have many competitors, and can find corporate efficiencies when it comes to data centers, talent and other resources that can work on its various offerings, Clegg said.

Hughes, who quit Facebook more than a decade ago, was pictured in the newspaper together with Zuckerberg when both were fresh-faced students launching Facebook as a campus networking tool.

He accused Facebook of acquiring or copying all of its competitors to achieve dominance in the social media field, meaning that investors were reluctant to back any rivals because they know they cannot compete for long.

Zuckerberg “has created a leviathan that crowds out entrepreneurship and restricts consumer choice,” wrote Hughes, who is now a member of the Economic Security Project, which is pushing for a universal basic income in the United States.

After buying up its main competitors Instagram, where people can publish photos, and WhatsApp, a secure messaging service, Facebook now has 2.7 billion monthly users across its platforms and made a first quarter profit of $2.43 billion this year.

“The most problematic aspect of Facebook’s power is Mark’s unilateral control over speech. There is no precedent for his ability to monitor, organize and even censor the conversations of two billion people,” said Hughes.

The company has been rocked by a series of scandals recently, including allowing its users’ data to be harvested by research companies and its slow response to Russia using Facebook as a means to spread disinformation during the 2016 US election campaign.

Facebook is reportedly expecting to face a fine of $5 billion. It has also been investing heavily in staff and artificial intelligence to fight misinformation and other abuses at its platform.

A whistleblower group in Washington filed an official complaint that Facebook was unwittingly auto-generating content for terror-linked groups using its platform that its artificial intelligence systems do not recognize as extremist.

Facebook’s software was automatically “creating and promoting terror content,” the National Whistleblowers Center added in the complaint, by creating “celebration” and “memories” videos for extremist pages that had amassed sufficient views or “likes.”

The group said Thursday it filed a complaint with the US Securities and Exchange Commission on behalf of a source that preferred to remain anonymous.

In his editorial, Hughes urged the government to break Instagram and WhatsApp away from Facebook and prevent new acquisitions for several years.

“The American government needs to do two things: break up Facebook’s monopoly and regulate the company to make it more accountable to the American people,” Hughes said.

“Even after a breakup, Facebook would be a hugely profitable business with billions to invest in new technologies — and a more competitive market would only encourage those investments,” he said.

Hughes said the break-up, under existing anti-trust laws, would allow better privacy protections for social media users and would cost US authorities almost nothing.

Hughes said that he remained friends with Zuckerberg, noting that “he’s human. But it’s his very humanity that makes his unchecked power so problematic.”