Many Uber, Lyft drivers fail to respond to recalls–report 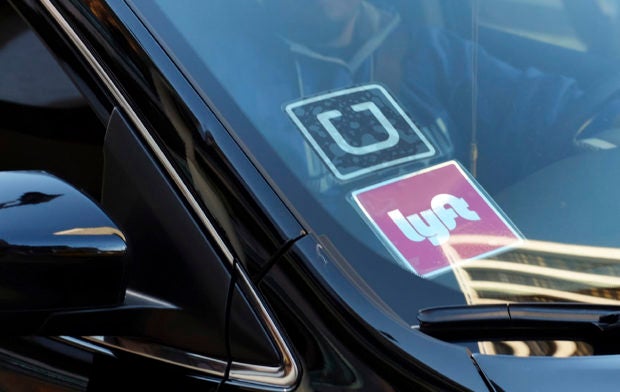 NEW YORK — One out of six Uber and Lyft drivers in the New York City and Seattle areas are driving vehicles with outstanding recalls, according to Consumer Reports.

But taking a taxi or limousine isn’t necessarily a safer option: nearly a quarter of traditional for-hire vehicles in New York City such as taxis, limousines and livery cabs also need repairs due to outstanding recalls, Consumer Reports said.

That means that many of the cars people jump into using the most popular ride-hailing apps have outstanding issues that they haven’t repaired such as faulty air bags, possible engine failure and potential car fires.

Consumer Reports analyzed nearly 94,000 ride-hailing vehicles in the New York City and Seattle areas and about 30,000 traditional for-hire vehicles including taxis and limousines in New York City. They took vehicle identification numbers which were publicly available in those markets and ran them through a Carfax tool that checks if they have open recalls.

“The fact is, the recalls inherently by law are issued when they present an unreasonable safety risk,” said Ryan Felton, investigative reporter for Consumer Reports. And the tens of millions of people who actively use Uber and Lyft services “may not realize that in some of these cars, that the companies are not requiring the cars to be fixed.”

When an Uber driver has an outstanding recall that’s serious enough to prompt a “do not drive” warning, that driver is deactivated, Uber said. The company initiated the practice last June, a spokeswoman said.

Lyft drivers’ cars in those markets are inspected before they hit the road, and drivers are responsible for making sure their vehicle meets industry safety standards, Lyft said.

“Lyft drivers use their personal vehicles to drive on the platform — the same car they use in their daily lives, driving their kids to school or friends around town,” Lyft said in a statement.

The outstanding recall rate for ride-hailing vehicles — one in six — is similar to the rate for private vehicles, Consumer Reports said.

“These companies have billion-dollar valuations and their rate, nonetheless, despite their technological prowess and the amount of money that they’re raised, their fleets still have an open recall rate that is on par with the national average for private vehicles,” Felton said.

The Taxi and Limousine Commission, which regulates the for-hire vehicle industry in New York City, said it checks whether its licensees — including drivers for Uber, Lyft, taxis and limousines — have outstanding recalls. It sends reminders to the vehicle owners, but because it relies on outside data, it does not currently take enforcement actions against those who have missed recall repairs.

“We have to be iron clad sure of the veracity of the data in order for it to legally stand up,” said Allan Fromberg, spokesman for the commission.

“One of a number of challenges, however, is that we cannot issue summonses when the vehicles owners are getting six-month recall appointments from the dealers due to either a lack of parts, or scheduling issues,” Fromberg added.