The world’s biggest video game tournament, “Dota 2” competition The International, is to start selling tickets for 2019’s August 20 to 25 event in Shanghai, China on May 24. 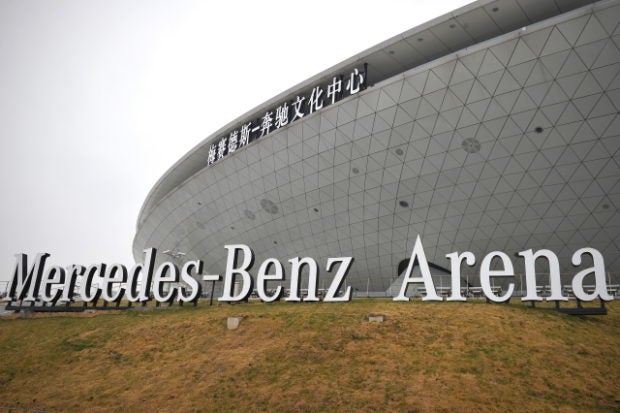 The 18,500-seat Mercedes-Benz Arena in seen Shanghai on January 19, 2011. Entertainment giant AEG, the operator of Los Angeles Staples Center and London’s O2 arena, has already lined up concerts by Usher and the Eagles and said it plans to use the new Shanghai arena as a springboard to bring more major stars to China. Image: AFP/Philippe Lopez

Tickets for TI9 or The International 2019, the ninth edition of the “Dota 2” world championship competition, are to go on sale in two batches — one for those inside China and another for internationals — with early access for a subset of particularly engaged fans.

As usual, the annual contest will be broadcast live online for free (with perks available for those that make optional purchases), but for those who want to attend, tickets will be sold in two-day bundles.

Sales are to begin 1:15 p.m. CST for those inside China with a valid national Chinese citizen ID via authorized ticketing agent Damai.

International sales are to take place through Universe starting at 10 p.m. CST.

Exceptions are made for existing “Dota 2” Battle Pass owners and active Dota Plus subscription members, who get a head start (12 p.m. for China, 9 p.m. CST internationally) via an early access code provided through the “Dota 2” game client.

Damai and Universe accounts can be opened in advance “to help ensure a smooth purchasing experience,” the “Dota 2” blog advises.

With a prize pool generated by sales of digital items, the fan-funded tournament pot has set new records year-on-year. The International 2018 split $25.5 million (over P1.3 billion) between its 18 participating teams.

The 2019 Battle Pass, 25% of whose proceeds go to The International prize pot, went on sale on May 7.

It is available for $9.99 (about P520) and “Dota 2” fans are encouraged to “level up” their pass through additional purchases.

Owners are given access to special in-game events, modes, items and features.

The pool currently stands at $13 million (over P680 million) with three months to go. RGA/JB