China bemoans US ‘bullying’ of Huawei 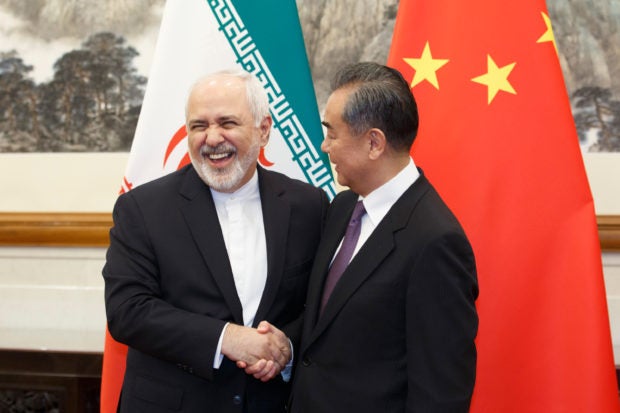 BEIJING — China’s foreign minister has slammed US moves against telecom giant Huawei as “economic bullying”, and warned that Beijing was ready to “fight to the very end” in its trade war with Washington.

The trade spat between the world’s top two economies escalated after President Donald Trump issued orders on grounds of national security last week that have prompted several foreign firms to distance themselves from Huawei.

“The US use of state power to arbitrarily exert pressure on a private Chinese company like Huawei is typical economic bullying,” Foreign Minister Wang Yi said Wednesday at a meeting in Kyrgyzstan of the Shanghai Cooperation Organization (SCO), a regional security group led by Beijing and Moscow.

Trump’s move effectively bans US companies from supplying Huawei and affiliates with critical components over activities the US says are contrary its national security or foreign policy interests.

Japan’s Panasonic announced on Thursday that it was cutting back business with Huawei in light of the US ban. A day earlier, mobile carriers in Japan and Britain said they would postpone the release of Huawei smartphones.

“Some people in the United States do not want China to enjoy the legitimate right to develop, and seek to impede its development process,” Wang said, according to a foreign ministry statement issued late Wednesday.

“This extremely presumptuous and egocentric American approach is not able to gain the approval and support of the international community.”

RELATED TOPICS
‘Plan B’: Huawei’s operating system headache after Android ban
Huawei to Get Let Go by Google and Android Operating Systems
Q&A: Who Is Huawei and Why Does Washington Worry About Them?

The two countries have yet to set a date to recommence trade negotiations after they resumed their tariffs battle earlier this month, with Trump raising punitive duties on $200 billion in Chinese goods and Beijing hiking those on $60 billion in American products.

Trump has accused China of reneging on its commitments in the trade negotiations. Beijing has countered that any deal needs to be balanced.

“It is impossible for us to sign or recognize an agreement that is unequal,” Wang said.

“If the United States is willing to negotiate on an equal footing, then on the Chinese side, the door is wide open. But if the United States opts for a policy of maximum pressure, then China will take them on and fight to the end,” he said.

TOPICS: China, Huawei, Internet, technology, Telecoms, US
Read Next
Not all messaging apps are created equal
EDITORS' PICK
Mandaluyong fire put under control hours after it started
Leveling up your ‘lutong bahay’ with the kitchen companion you never knew you needed
Bato de la Rosa, Risa Hontiveros back bill increasing female recruitment quota in PNP
Quarantine violations still punishable despite deleted provisions in ‘Bayanihan 2’ – Bato dela Rosa
Someone from the Philippines can become $356 Million richer this Tuesday
Cherry Mobile teams up with Cloud Panda PH, launches online store
MOST READ
‘If I had not been SolGen, I will make you eat your words,’ Calida tells Coco Martin
5 car dealership outlets shutting down
51 percent of German firms holding back investments in PH, but not because of COVID-19
Senate OKs bill authorizing president to postpone opening of classes beyond August
Don't miss out on the latest news and information.