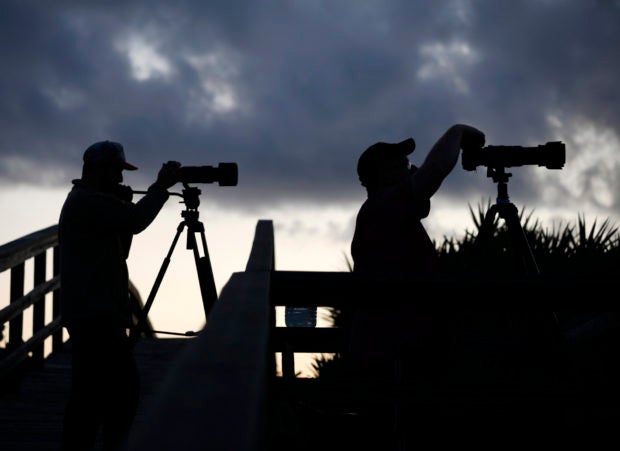 A Dutch website set up to record UFO sightings was flooded early Saturday, May 25, with reports after a “train of stars” was spotted crossing the Netherlands’ skies, sparking fears of an alien invasion.

But what some thought to be a close encounter of the third kind turned out to be a string of 60 satellites launched by the United States-based SpaceX hours earlier as part of its “Starlink” constellation.

The row of satellites which are part of a plan by billionaire Elon Musk’s firm to provide internet from space glided across Dutch skies around 1:00 a.m. (7:00 a.m. PHT).

Shortly afterward, Dutch website ufomeldpunt.nl was inundated with more than 150 sighting reports with astonished spotters describing a “bizarre train of stars or lights moving across the skies at a constant speed.”

“There’s a long line of lights faster than a plane, huh?” one spotter reported, while another called it a “star caravan” and one saying “I have it on film.”

“I did not know what to make of it,” an unnamed witness later told the Nederlandse Omroep Stichting public broadcaster.

“Is it Russia attacking the U.S., are they UFOs? Seriously, I did not know,” the witness said.

An hour after liftoff, the rocket began to release the satellites at an altitude of 280 miles (450 kilometers).

The satellites then had to separate and use their thrusters to take up their positions in a relatively low orbit of 340 miles (550 kilometers).

Each of the satellites weighs 227 kilograms (500 pounds) and was built in-house in Redmond, near Seattle.

Starlink will become operational once 800 satellites have been activated, which will require a dozen more launches.

One Dutchman who remained unfazed was satellite spotter Marco Langbroek, who knew what the mysterious lights were and had his camera on hand.

“I cheered them on the moment they appeared,” he told the NOS. HM/JB

Now they’re telling us UFOs and ETs are real