What does it take to become a successful YouTuber? | Inquirer Technology
Close
menu
search

What does it take to become a successful YouTuber? 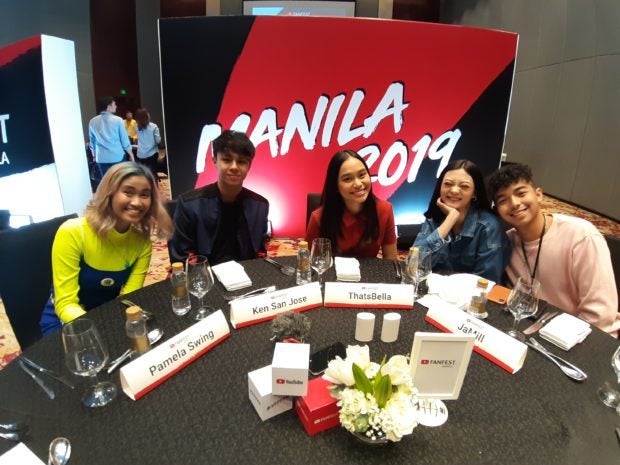 MANILA, Philippines — A sense of passion, responsibility, and authenticity — these are the three things that YouTube content creators at the YouTube FanFest Manila pinpointed as the biggest values needed to become successful in the competitive online field.

While everyone can simply upload videos on YouTube and express themselves and share their talents, not everyone is successful at building a well-rounded image and crowd.

“Think before you click.” Dance vlogger Ranz Kyle summed it up in four words when asked about the biggest lesson he had learned so far from his years of experience as a YouTube content creator.

“One wrong thing you post will affect [others],” Ranz Kyle said at a roundtable interview hours before the YouTube FanFest Manila show.

One-half of the duo JaMill, Jayzam Manabat, said that one has to be able to easily adjust — especially for vloggers like them who received fame overnight.

[What happened to us was overwhelming because we just went to bed and when we woke up we were famous… So someone advised us: “You’re already famous. So many people are already watching you. Be responsible. So we thought that’s what we need: To be responsible with whatever we have.]

Actress and vlogger Andrea Brillantes admitted that reading negative comments was hard in the beginning, but through time she learned to be confident with her identity.

For YouTuber Pamela Swing, YouTube has become a platform for authentic entertainment. She said that many fans admire those who stay true to themselves as that transcends computer screens.

[Be real. What you really are – that’s what you show to your subscribers because you will eventually inspire them if you’re real. That may be the edge of YouTube – it allows you to show a more authentic side of entertainment.]

Dancer Matt Steffanina echoed this and added that one should not be afraid to explore and evolve.

“The biggest lesson that I have learned as a content creator is how to constantly keep on evolving yourself and not just get to a point where ‘okay, I’m good I’m just going to create videos’. You have to always find new ways to improve yourself. How do I separate my talent and make it unique so when people come across it, they don’t just watch one video,” Steffanina said.

While building a crowd and reaching online success is a hard task, makeup guru Arabella Franchesca Racelis said that passion and determination can come a long way.

“Sa YouTube journey ko, fourth year ko na sa YouTube so I started from scratch so I know how hard it was to make your channel flourish because it takes time and you really have to be determined and persevere at what you’re doing and make sure you are passionate about it because I’m not gonna stay on YouTube for four years if I am not passionate about it,” Racelis said.

It all goes back to the fans

Asked what was the biggest lesson they learned so far as a YouTuber, one answer was recurring across the board — staying humble and loving the fans.

Dancer AC Bonifacio said that being a YouTube content creator is a “team effort” between the creator, the platform, and the fans.

“Really connect with your fans because they are the ones viewing your video. It’s a team effort with Youtube and being a creator,” Bonifacio said.

Streetballers Hype Streetball also highlighted the importance of giving back, especially to those who extended unending support.

“Dapat maging patient ka rin kasi minsan may mga bashers diyan. But you have the people who support you so you have to give back to all of them and stay patient.”

[You should be patients because you sometimes have basher. But you have the people who support you so you have to give back to all of them and stay patient.]

“For me, the biggest thing I’ve learned Is the sense of community… This is the way we appreciate each other, this is the and build people up so without other youtube creator produce post,” he said.

The YouTubers are set to perform at the biggest installment yet of YouTube FanFest which will happen on Sunday night at the Mall of Asia Arena.