‘Don’t be too optimistic’: Huawei employees fret at US ban 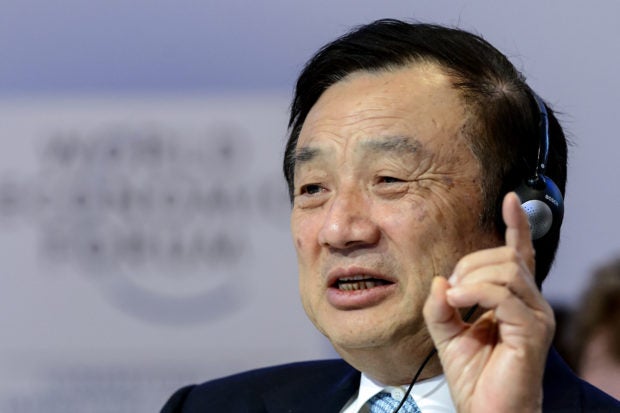 BEIJING — While Huawei’s founder brushes aside a US ban against his company, the telecom giant’s employees have been less sanguine, confessing fears for their future in online chat rooms.

Huawei CEO Ren Zhengfei declared this week the company has a hoard of microchips and the ability to make its own in order to withstand a potentially crippling US ban on using American components and software in its products.

“If you really want to know what’s going on with us, you can visit our Xinsheng Community,” Ren told Chinese media, alluding to Huawei’s internal forum partially open to viewers outside the company.

But a peek into Xinsheng shows his words have not reassured everyone within the Shenzhen-based company.

“During difficult times, what should we do as individuals?” posted an employee under the handle Xiao Feng on Thursday.

“Make a plan for your financial assets and don’t be overly optimistic about your remuneration and income.”

This week Google, whose Android operating system powers most of the world’s smartphones, said it would cut ties with Huawei as a result of the ban.

Another critical partner, ARM Holdings — a British designer of semiconductors owned by Japanese group Softbank — said it was complying with the US restrictions.

“On its own Huawei can’t resolve this problem, we need to seek support from government policy,” one unnamed employee wrote last week, in a post that received dozens of likes and replies.

The employee outlined a plan for China to block off its smartphone market from all American components much in the same way Beijing fostered its internet tech giants behind a “Great Firewall” that keeps out Google, Facebook, Twitter and dozens of other foreign companies.

“Our domestic market is big enough, we can use this opportunity to build up domestic suppliers and our ecosystem,” the employee wrote.

‘Advance with our company’

For his part, Ren advocated the opposite response in his interview with Chinese media.

“We should not promote populism; populism is detrimental to the country,” he said, noting that his family uses Apple products.

Other employees strategized ways to circumvent the US ban.

One advocated turning to Alibaba’s e-commerce platform Taobao to buy the needed components. Another dangled the prospect of setting up dozens of new companies to make purchases from US suppliers.

Many denounced the US and proposed China ban McDonald’s, Coca-Cola and all-American movies and TV shows.

“First time posting under my real name: we must do our jobs well, advance and retreat with our company,” said an employee named Xu Jin.

The tech ban caps months of US effort to isolate Huawei, whose equipment Washington fears could be used as a Trojan horse by Chinese intelligence services.

Still, last week Trump indicated he was willing to include a fix for Huawei in a trade deal that the two economic giants have struggled to seal and US officials issued a 90-day reprieve on the ban.

In Xinsheng, an employee with the handle Youxin lamented: “I want to advance and retreat alongside the company, but then my boss told me to pack up and go”, followed by two sad-face emoticons.