Huawei asks US court to throw out federal ban 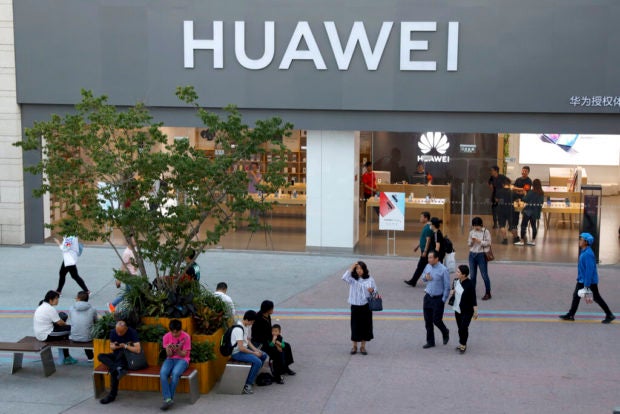 A woman gets her bearing outside a Huawei store in Beijing Monday, May 20, 2019. Google is assuring users of Huawei smartphones the American company’s services still will work on them following U.S. government restrictions on doing business with the Chinese tech giant. AP FILE PHOTO

SHENZHEN — Huawei said Wednesday the tech giant has asked a US court to throw out US legislation that bars federal agencies from buying its products.

The tech giant filed suit against the US bill in March, calling it “unconstitutional” and saying the US Congress had failed to provide evidence to support its restrictions on Huawei products.

The company said it filed the motion for summary judgment on Wednesday (Tuesday in the United States).

“The US government has provided no evidence to show that Huawei is a security threat. There is no gun, no smoke. Only speculation,” Huawei’s chief legal officer Song Liuping said in a statement.

A motion for summary judgment aims to seek a judge’s decision without going to a full trial.

The court case comes as Huawei also faces a broader US executive order preventing the use of its equipment in the United States and a more damaging US action to blacklist the company, cutting it off from critical American-made components for its products, though a 90-day reprieve was issued.

Huawei’s case against the US was filed in a US District Court in Plano, Texas, challenging what it called an “unconstitutional” 2019 defense bill that prevents government agencies from buying its equipment, services, or working with third parties that are Huawei customers.

The firm has argued that the US bill violates a bill of attainder clause by “singling out Huawei for punishment”.

“The judicial system is the last line of defense for justice. Huawei has confidence in the independence and integrity of the US judicial system,” Song said.

“We hope that mistakes in the NDAA can be corrected by the court,” he said, referring to the National Defense Authorization Act.

Washington has warned that Huawei systems could be manipulated by Beijing to spy on other countries and disrupt critical communications, and is urging nations to shun the company in 5G networks.

The concerns have escalated as Huawei has risen to become the world leader in telecom networking equipment and one of the top smartphone manufacturers alongside Samsung and Apple.

The firm’s proactive battles in US courts signal it is willing to use all means, including national courts, to prevent exclusion from a race to the 5G market — the future of high-speed telecommunications.