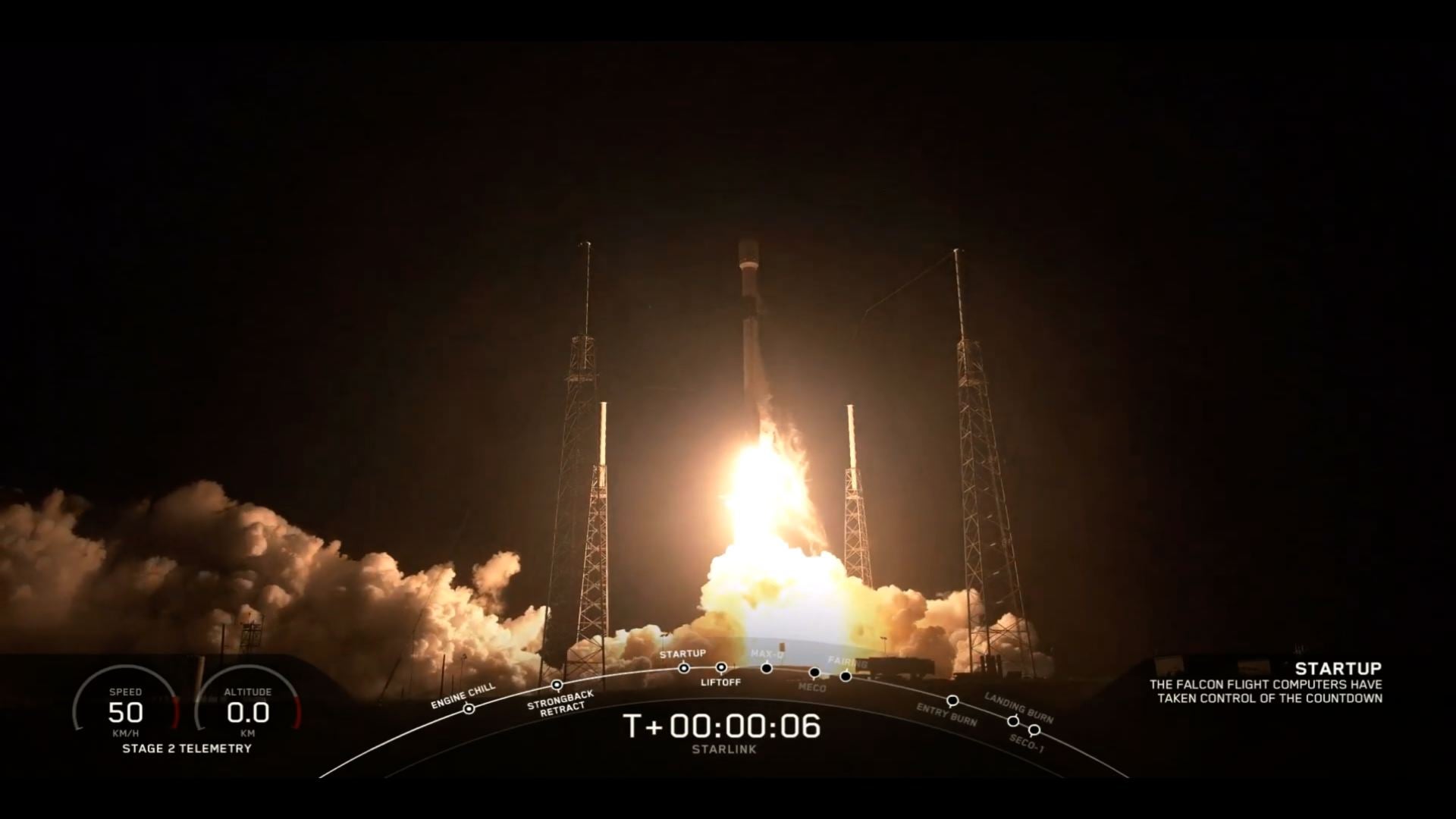 SpaceX launches a rocket containing the first 60 satellites of its “Starlink” constellation, which is intended to provide internet from space and could one day number 12,000 satellites. /AFP

WASHINGTON — SpaceX said Friday that the first 60 satellites in its “Starlink” constellation, which is intended to provide internet from space, will be less and less visible from Earth as they reach their final orbit.

Elon Musk’s company created a must-see event for space enthusiasts when it launched all 60 satellites simultaneously on May 23 — a series of bright lights ascending through the night sky.

Over the past week, several observers have photographed and filmed the line of satellites, which pass over in just a few minutes.

But astronomers fear the constellation of broadband-beaming satellites, which could one day grow to as many as 12,000, could ruin scientific observation of the skies from telescopes.

Until now, Musk had downplayed the concerns — earning criticism along the way.

But on Friday, the company seemed to address the issue.

SpaceX announced that “all 60 satellites have deployed their solar arrays successfully, generated positive power and communicated with our ground stations.”

But the statement then said that “the observability of the Starlink satellites is dramatically reduced as they raise orbit to greater distance and orient themselves.”

The satellites were released all at once by a Falcon 9 rocket at an altitude of 450 kilometers. They progressively separated from one another and deployed the solar arrays.

In the coming three to four weeks, each will take position in a relatively low orbit of 550 kilometers.

Scientists had already noted that they were less visible in recent days.

Starlink will become operational once 800 satellites have been activated, which will require a dozen more launches.  /muf