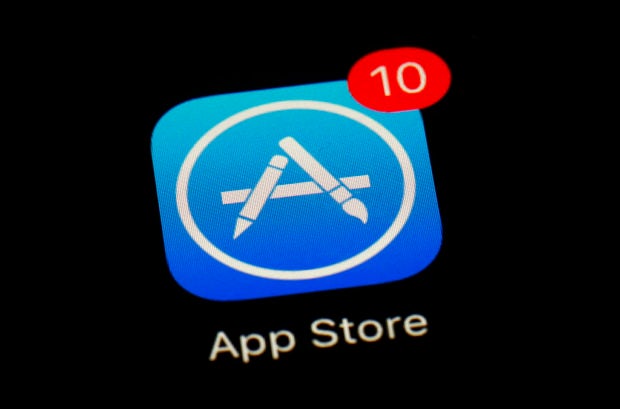 SAN FRANCISCO — Apple is set to court software savants at its annual developers conference beginning Monday while contending with criticism that the iPhone maker has made its App Store a walled garden.

The App Store is the lone shop for content for Apple devices, with the technology giant deciding which software creations to accept and taking a 30 percent cut of financial transactions.

But last month the US Supreme Court ruled that a 2011 consumer lawsuit accusing Apple of illegally monopolizing the store and driving up prices may proceed.

“We only collect a commission from developers when a digital good or service is delivered through an app,” Apple said in a page recently established in defense of the App Store.

Launched 11 years ago, Apple says the App Store has helped create millions of jobs and generated more than $120 billion for developers.

As in years past, Apple will also use the gathering to showcase improvements to the operating systems powering its Mac computers and mobile devices as well as to the software it designs.

But the App Store dispute will be closely watched at the WWDC, which is already expected to be of heightened importance as the company emphasizes digital content and services to offset a pullback in the once-sizzling smartphone market.

Apple has maintained that its tight control of the store allows it to protect user privacy and guard against malicious software by vetting what goes on its virtual shelves. Apple also gets to make sure apps work smoothly with its operating software.

In contrast, applications tailored for mobile devices powered by iOS rival Android can be obtained at online venues aside from Google’s Play Store, where the Internet firm can screen offerings.

Cook has repeatedly portrayed Apple as a champion of user privacy, saying data gathered by its devices or software is zealously guarded.

Critics, however, contend that Apple is not as conscientious when it comes to data such as location, browsing history and more collected by apps made by outside developers.

Among announcements rumored to be in store at the gathering is that it will tighten limits on sharing data gathered by children’s apps.

In May’s 5-4 Supreme Court ruling, the justices rejected Apple’s argument that consumers lacked standing to proceed with their lawsuit because the tech giant was merely an intermediary with app developers.

The opinion written by the court’s newest member, Justice Brett Kavanaugh, said consumers had a right to pursue their case because they have a direct relationship with Apple.

The case must now go back to a lower court for trial.

“We’re confident we will prevail when the facts are presented and that the App Store is not a monopoly by any metric,” Apple said in an emailed statement.

“We’re proud to have created the safest, most secure and trusted platform for customers and a great business opportunity for all developers around the world.”

The ruling came amid a growing backlash against major tech companies that dominate key segments of the online economy. Democratic presidential candidate Elizabeth Warren has argued that big firms such as Facebook, Google and Apple should be broken up through antitrust enforcement.

And Apple faces charges in Europe of abusing its platform by discriminating against rival apps, including one complaint from streaming music service Spotify.

Spotify filed a formal complaint with the EU Commission taking issue with restrictions that Apple places on apps that don’t use the App Store payment system.

Apple dismissed Spotify’s accusations of anti-competitive behavior, saying the Swedish music streaming giant was trying to enjoy the benefits of its online market without paying the cost of its upkeep.

“Spotify wouldn’t be the business they are today without the App Store ecosystem, but now they’re leveraging their scale to avoid contributing to maintaining that ecosystem for the next generation of app entrepreneurs,” Apple said in an online post.